Apple wanted to use Qualcomm's chips, but the chipmaker said â€˜no' 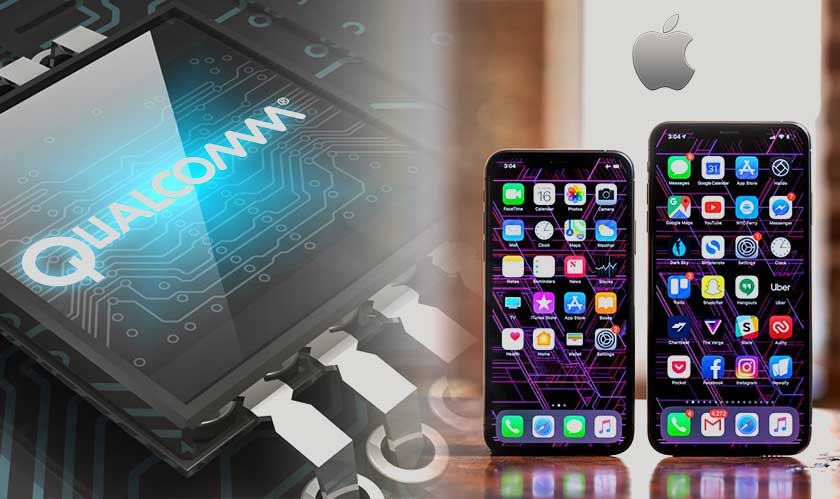 Apple says Qualcomm refused to sell its modems to the company after the latter was sued by the iPhone-maker in 2017 over its licensing practices. Apple’s COO Jeff Williams during his testimony to the US Federal Trade Commission said – “In the end, they would not support us or sell us chips.”

It was assumed that Apple was flat-out refusing to work with the chip maker as its iPhones, starting from iPhone 7, did not feature the chips from Qualcomm. As it turns out, it was the other way round. Apple wanted to use both Qualcomm and Intel software chips in its 2018 iPhone-lineup. However, as Qualcomm refused to sell its modems, Apple turned to Intel to supply all the modems, the COO said. Unluckily for Apple, the company’s dependency on Intel would hurt its chances of bringing a 5G iPhone early to the market, as Intel’s 5G chips aren’t expected until 2020.

Apple negotiated a deal with Qualcomm in 2011 to procure CDMA modems, under which the chip-maker demanded a percentage of each iPhone’s cost. The COO revealed that the company wound up paying a $7.50-per-phone, while it actually sought to pay only $1.50 per phone.

Well, Qualcomm wasn’t the only company which benefitted from the deal. According to Qualcomm CEO Steve Mollenkopf, Apple demanded a $1 billion fee “to ease the technical costs of swapping out the iPhone’s then-current chip with Qualcomm’s.” Two years later, Qualcomm sought to increase the $7.50 fee by $8 to $10. This irked the iPhone-maker who then initiated a suit and related actions to attack Qualcomm’s “unfair” licensing fees.