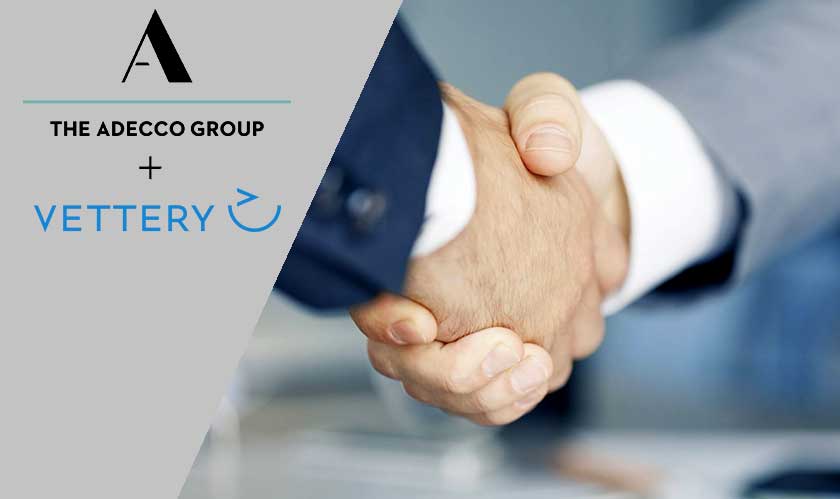 Here comes a recent announcement from Adecco. The company said that it is acquiring the recruiting startup Vettery. Sources claim that the deal was signed for a little over $100 million, however, no official statement about the terms of the deal has been declared by both companies.

Vettery is a startup that was established in 2014 with an aim to reinvent the traditional recruiting process. Founders Brett Adcock and Adam Goldstein created a marketplace with Vettery where job candidates could browse offers, schedule interviews with the employers that interest them. Candidates can also receive a signing bonus from Vettery when they take a job. The entire process was assisted by an on-staff “talent executive.”

Since its launch, the company has grown to work with more than 4,000 employers to fill positions in IT, sales and finance. After the acquisition, Adcock and Goldstein will continue to lead the Vettery team said Adecco. Adecco is also on a spin on acquiring companies. Recently, it acquired life sciences staffing company BioBridges and career transition firm – Mullin.

“The acquisition of Vettery accelerates the development of the Adecco Group’s digital strategy, broadening our offering into the fast-growing digital permanent recruitment market and complementing our professional recruitment businesses,” said Adecco Group CEO Alain Dehaze in the acquisition release.