LinkedIn comes as an app in Windows 10 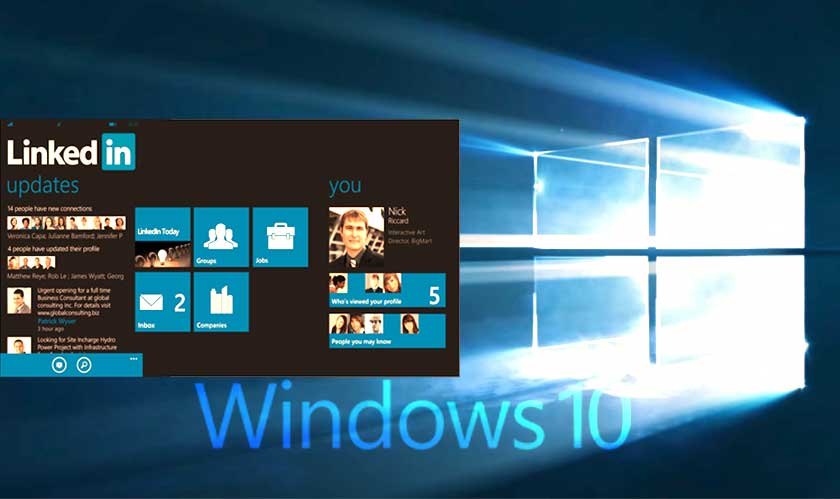 Microsoft has bought the professional networking site- LinkedIn in the form of a desktop app on Windows 10. Microsoft had acquired LinkedIn last year. It had even promised the users that it would allow notifications within the Windows action center. It was certain that Microsoft wished to align LinkedIn with its other productivity applications like Office and Outlook.  And Microsoft is now fulfilling its promise.

LinkedIn is the largest professional social networking site having over 500 million users spread across 200 countries. In addition to this, it represents more than 10 million active jobs, 9 million companies along with millions of articles published regularly. With the amount of data and users increasing through LinkedIn, it is indeed a wide platform for Microsoft to access.

The new desktop app will have alerts and notifications from LinkedIn. It will allow users to create resumes and apply for jobs with LinkedIn integrated Active Directory, notifications from Action Center and more. These will also include new messages on your LinkedIn inbox, profile views, trending stories of your interest along with other highlights. But this is a spoiler for those who are wishing to keep away from old colleagues, but notifications keep showing them!