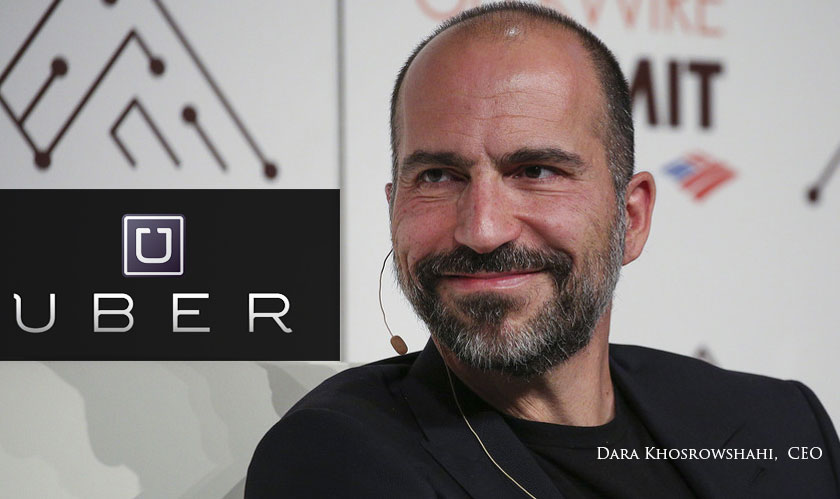 The Expedia CEO is taking up the position of the CEO at Uber. Although the contract requires some finishing touches, the deal is nearly finalized, Khosrowshahi told The Wall Street Journal. However, reports say that the co-founder and ex-CEO of Uber, Travis Kalanick will continue to remain part of the company. But, to what extent remains unclear.

Although previously the board members at Uber had unanimously voted for Khosrowshahi over GE’s Jeff Immelt and HP’s Meg Whitman, the announcement wasn’t made official. And neither had Khosrowshahi had officially announced to take up the position of CEO at Uber.

“I'm in it to get my hands dirty and build a team and do something that people will look back on with tons of satisfaction," Khosrowshahi told Bloomberg.

Of course, there are many things that will need governing and recovering right away. Once Khosrowshahi officially becomes the CEO, he will need to handle various issues that brought crisis to the company. Among these include accusations of being a sexist company, a lawsuit with Google over self-driving technology, and more.

Earlier this year, Travis Kalanick had to step down from the position of CEO amidst the turmoil of #DeleteUber movement. Uber’s cultural crisis and sexual harassment cases within the company contributed to his stepping down.  Although it was announced that Kalanick will be part of the Uber team, Khosrowshahi will still need to handle the situation delicately.

“Dara is the type of person that's going to come in and institute a culture that's going to take away some of those distractions and probably put them on a more professional business path," said Paul Holland, an Uber investor and general partner at Foundation Capital in a report. Hopefully, Khosrowshahi will be able to do that and restore Uber’s brand name.