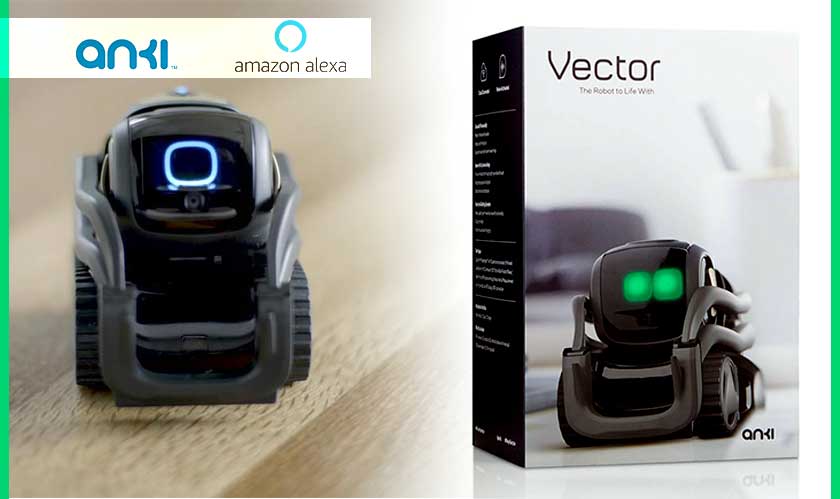 Anki’s little guy, the Vector robot is getting a whole lot more practical with the addition of Alexa functionality. The integration, with Amazon’s Assistant, will arrive in an update, starting next week in the U.S. and Canada.

The cute robot will be able to do everything other Alexa-equipped devices do while still doing its cutesy toy robot stuff like playing games and reacting to different stimuli with Pixar-like apparent emotion. The Vector robot, like other Alexa-powered devices, can control smart home gadgets, add items to your Amazon shopping list, for instance.

When you say “Alexa”, a markedly less charming Echo-style blue ring appears on its display in place of the usual cartoon robot eyes. The robot offers access to the full range of Alexa’s capabilities including compatibility with 20,000 smart home devices and the more than 50,000 third-party apps in the Alexa Skills Store. Furthermore, Vector can now recognize hands! So, don’t be surprised if he rolls up to your hand and gives you a little nudge.

The robotics startup Anki is also bringing Alexa support to Vector robots in the U.K. early next year.  It is also planning to do the same in Australia and New Zealand too; however, the time frame is yet to be announced. An expensive toy that can do some really useful things can be bought at a price of $174.99, down from its actual $249.99 price tag.