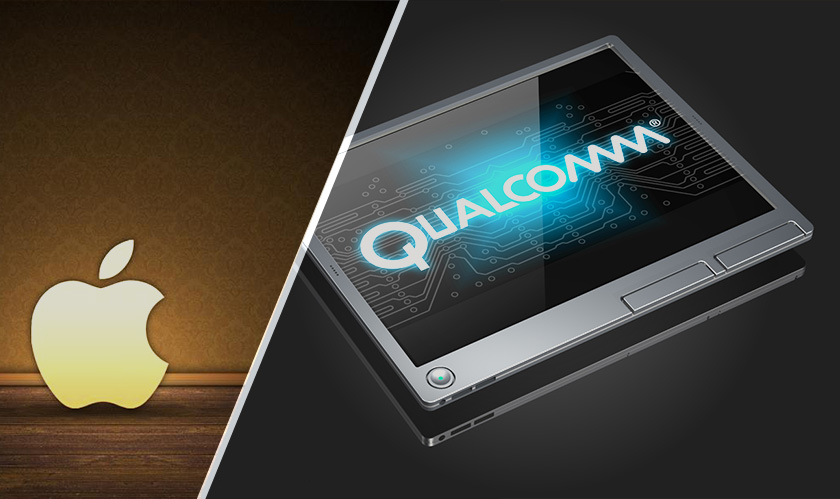 Qualcomm predicts that its frenemy Apple may use Intel modems in 2018 iPhones. Qualcomm, a long-time supplier of cellular modems for Apple is likely to be ditched by the latter over a few legal disputes that started early last year.

Qualcomm’s CFO George David, on an earnings call recently, revealed that the chipmaker’s partnership with Apple will be replaced with that of its rivalry company. “Apple intends to solely use our competitor’s modems rather than our modems in its next iPhone release.” Even though he did not use the word Intel, it is the only other major supplier of that component for Apple’s smartphone.

Apple initially sued Qualcomm in early 2017 for overcharging it to use Qualcomm’s LTE modems, which are essential for smartphones to connect to the internet. In response to this, the chipmaker counter-sued Apple accusing that the company owed more money in royalties, and also for infringement over some of its patents and sharing proprietary information with Intel, its biggest rivalry.

If Apple decides to ditch Qualcomm and make Intel the prominent partner, then it could be missing the boat on 5G. Because Qualcomm, the technology in many IoT devices, expects to have its 5G modems shipped later this year, and Intel on the other hand publicly announced that it won’t have 5G chips ready until 2019.

Apple’s earlier revelations that confirmed its disinterest in Intel components like the Bluetooth and the Wi-Fi mobile chips, and Macbook processors, may harm the Apple’s relationship with the company regarding cellular modems.