Apple Watch Series 4 is a feature-packed smartwatch for aged, millennial 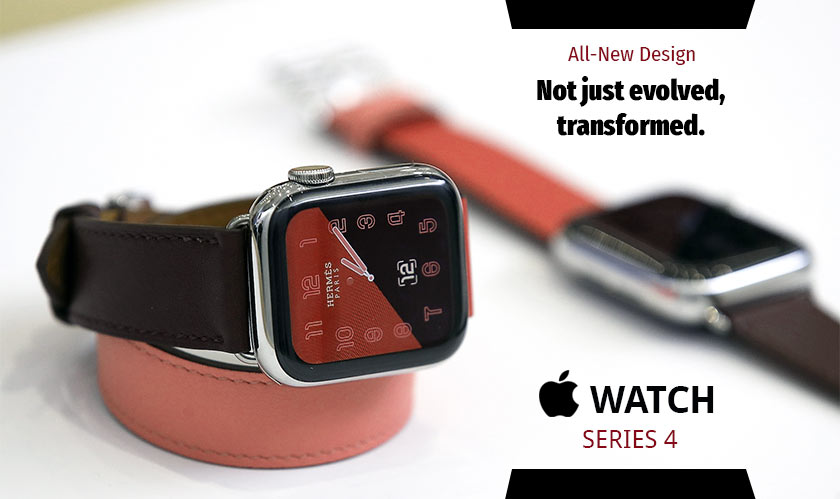 The new Apple Watch Series 4 puts other smartwatches to shame with its irresistibly exciting features which include a bigger screen, tweaked design, better performance, improved sensors, fall detection, even ECG capability. One month with Apple Watch Series 4, let’s revisit some of the most interesting aspects of this new wearable which stacks up against the competition and its older siblings.

The new Apple IoT watch houses a feature called “Fall Detection” to alert emergency contacts saved in your iPhone in case you meet with a terrible fall. When an incident like this occurs, a hard fall alert is sent to the watch which can be used to easily initiate an emergency call or can be aborted. A timely response will not only minimize the consequences but also save lives, especially in the case of the elderly.

As a next step, the Apple watch will automatically place a call and send a message with your location details to emergency contacts saved in your phone, if you remained motionless for more than a minute. The feature is turned on by default for users over age 65.

The obvious change is the design, and as Apple says, the new watch is “redesigned and re-engineered from front to back.” The screen size is 30 percent larger (40 and 44mm) comparatively, and introduces the low-temperature polycrystalline oxide (LPTO) backplane for better power efficiency.

When it comes to health, the new water-resistant watch includes an electric heart sensor capable of taking ECG using the ECG app. The FDA-approved app will reach the U.S. later this year.