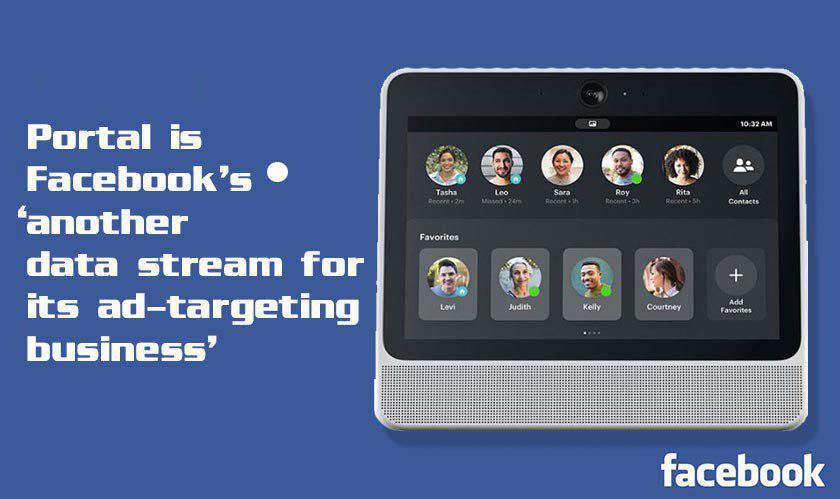 Facebook’s new smart speaker-cum-video chat devices, Portal and Portal Plus, come with a hidden clause: The data it collects can be used to target you with ads. The AI-powered IoT devices, built on the Messenger infrastructure, will allow you to “stay and feel connected to the people you love most.”

In early October, the social networking giant announced Portal and Portal Plus and told everyone that the devices won’t show any advertisements. But, there is something more to the story.

Here’s what was missing – “Portal is built on the Messenger infrastructure, so when you make a video call on Portal, we collect the same types of information (i.e. usage data such as length of calls, the frequency of calls) that we collect on other Messenger-enabled devices… We may use this information to inform the ads we show you across our platforms. Other general usage data, such as aggregate usage of apps, etc., may also feed into the information that we use to serve ads,” a Facebook spokesperson said.

In simple words, Portal may not spam you with ads, but, it will still track all your activities on the device and will use that data to target you with ads elsewhere i.e., on other Facebook-owned properties.

There are also reports of Rafa Camargo, VP at Portal, to have apologized for sharing inaccurate info during the launch of the product. He also said that the Portal team doesn’t plan to use the data; however, it can be used to target ads on to users on other Facebook apps.