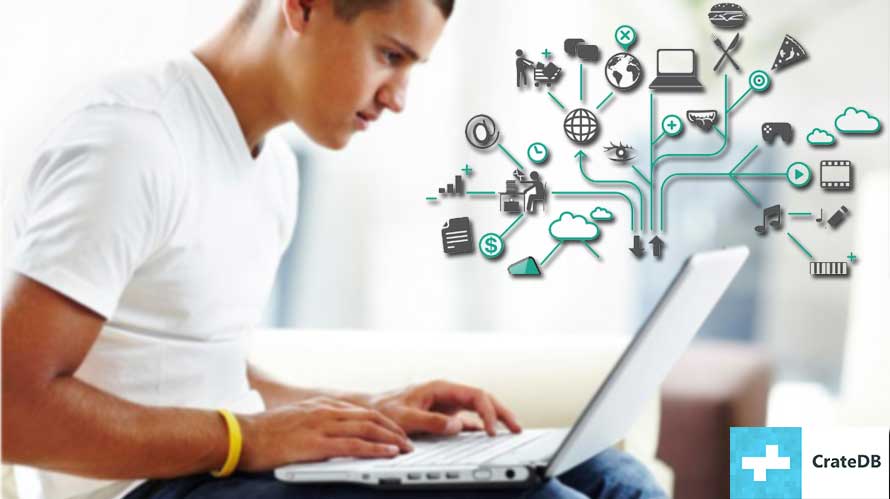 Crate.io, a startup out of Europe, has announced version 2.0 of its CrateDB database with emphasis on IoT and its applications. The tool is available in both enterprise and open source versions with the enterprise version providing better features and flexibility.

“The main message is that we hit the nail with the machine data focus that we now have for CrateDB,” said Crate co-founder and COO Christian Lutz, and added that it was basically the customers who educated the team on what they needed. “We took a look at what they were doing and the database market is so crowded — but we have this mix of SQL and NoSQL,” Lutz said, “and IoT is going to be the fastest growing market for databases.”

The CrateDB is a data tool that started out humbly as an open source, general purpose but highly scalable SQL Database. But over time with stoking public demand, they shifted their focus on managing machine data, something their clients had increasingly asked for.

While the first version was very broad based and general purpose, the newer version seems to be focused more on managing machine learning data and more importantly, IoT management data. With the tech community increasingly pushing towards a connected world and a data driven society, the data generated also is peaking.

Version 2.0 mainly focuses on IoT. While the previous version allowed a flexible architecture that could scale automatically to meet demand due to its existing use of software containers, the newer version offers clustering system with improved performance and better resilience. It also features improvements to its core SQL engine and new index structures for faster range queries and geospatial queries — the kind of queries you’re very likely to perform on IoT data.

The paid version of the tool also features authentication and authorization tools, an improved support and dashboard monitoring tools. Coupled with the newly launched managed services business, the startup is forging ahead leaving a pretty big footprint behind.