Nvidia and Uber to work together for Self-driving cars 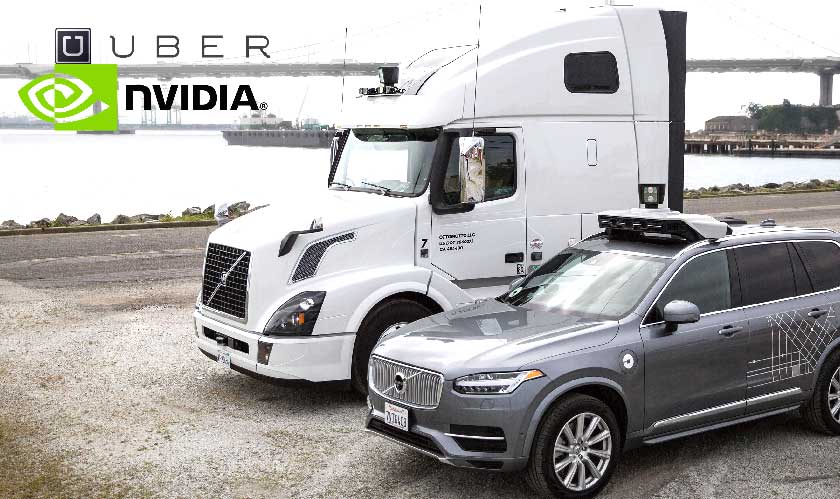 It looks like Nvidia is going to be a key software stakeholder in self-driving cars. In the latest update from the CES conference, 2018, Uber is picking Nvidia as one of its key technological partners. Nvidia would be building and providing AI computing aspects to its autonomous software.

This joint development has been in progress for a while now. Uber has used Nvidia’s GPUs in both its self-driving ride-hailing test fleet and also in its self-driving transport trucks. These are also developed by its Advanced Technologies Group. The first test Volvo XC90 SUVs and modified Ford Sedans marked the joint partnership between Uber and Nvidia.

So far, Uber has nearly two million autonomous miles in its self-driving passenger vehicles. This also includes its test run with over 50,000 passenger trips in total. Interestingly, out of the two million miles, the last million was achieved in just the last 100 days alone.

Although it has achieved so much, Uber hasn’t been super specific about its tech stack in its self-driving vehicles. However, the latest trend seems to be with the technologies companies are employing. And so Uber isn’t behind on this. Although not exclusive to Uber, this partnership seems like a strong foundation for both Uber and Nvidia. This also represents a significant ramp up in the pace of their program.