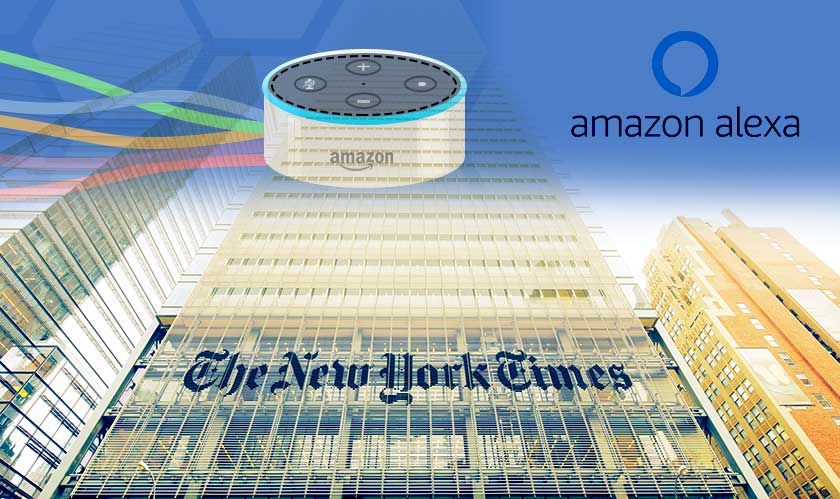 The New York Times officially announced that it is taking audio programming and voice assistants seriously. The paper is launching daily news briefings, quizzes and arts and travel coverage for Alexa-enabled IoT devices.

On weekdays, NYT will offer a news briefing hosted by The Daily’s Michael Barbaro. The briefing will include a rundown of the day’s top stories. You will have to activate the skill by saying "Alexa, enable The New York Times Briefing," before you could ask the voice assistant “what’s in the news?”

On Fridays, you can test your knowledge of recent events with a daily news quiz, created by The Daily’s producers. This can be turned on by saying “Alexa, play The New York Times quiz.” The software is also designed to tell if the listeners’ answers were right or wrong.

Along with these most popular types of Alexa skills, to kick off the NYT’s latest audio offerings, this Sunday’s print paper will include Alexa prompts, for select sections including travel, music, and books. Also, starting this weekend, a special section will feature Travel’s annual list of ‘52 Places to go’, narrated by the Time’s new ‘Traveler’ writer Sebastian Modak, as he visits these places.

However – unlike the daily news briefing – these prompts won’t necessarily become a regular fixture as NYT plans to “measure the success of these skills” first, says the NYT’s voice editor, Dan Sanchez. “Discoverability [of a skill] is a challenge. It’s hard for people to figure out what’s even available… we [use] the print paper… as a springboard for these experiences,” he added.