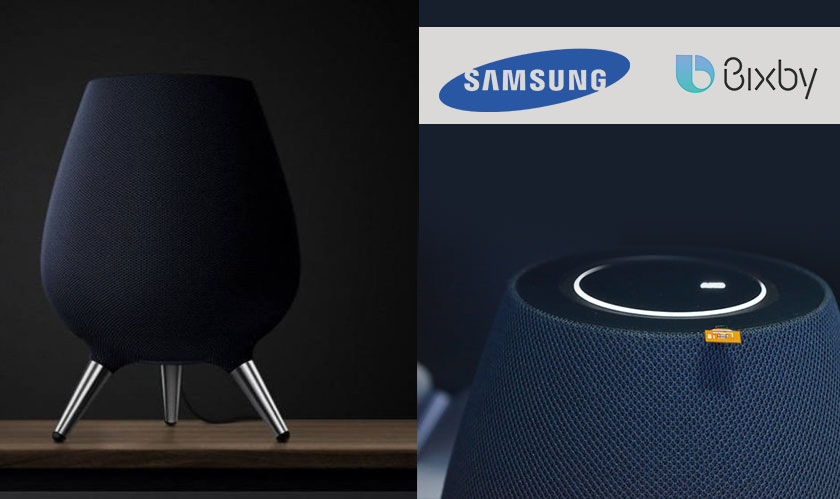 Samsung Bixby Home smart speaker is nearing its release after almost a year since it was announced. The AI IoT speaker will launch by April, the company’s co-CEO DJ Koh said Wednesday.

The smart speaker, named Galaxy Home, uses Samsung’s own Bixby virtual assistant to talk to the users. The speaker can control any smart home gadgets compatible with its platform by voice. It acts as a hub for SmartThings – Samsung’s home automation solution which by itself connects a wide range of smart devices and makes them work together.

The Galaxy Home is “the only AI speaker that intuitively moves a wave of sound directly toward you when you ask it to. So no matter where you are in the room, you’ll find yourself immersed in sound,” the company claims. All eyes are on the company’s virtual assistant Bixby, which has an obligation to perform well for the Galaxy Home if to make sense as a purchase. That said, the speaker’s sound performance is taken care of by the company’s AKG division – a legacy studio brand with 70 years' experience in audio.

Bixby will be competing in the premium space currently ruled by HomePod and Sonos gear and is mostly not against Amazon Echo or Google Home which can be bought for significantly less money. Samsung has already spent a considerable number of years mending its virtual assistant and extending its capabilities.

Samsung has said very little about the smart home speaker until now. However, as it is soon going to hit the market, further details will be released by the company, including its price point, which will probably dictate whether it's a credible smart option.