Tokyo 2020 Olympic medals are made from discarded smartphones 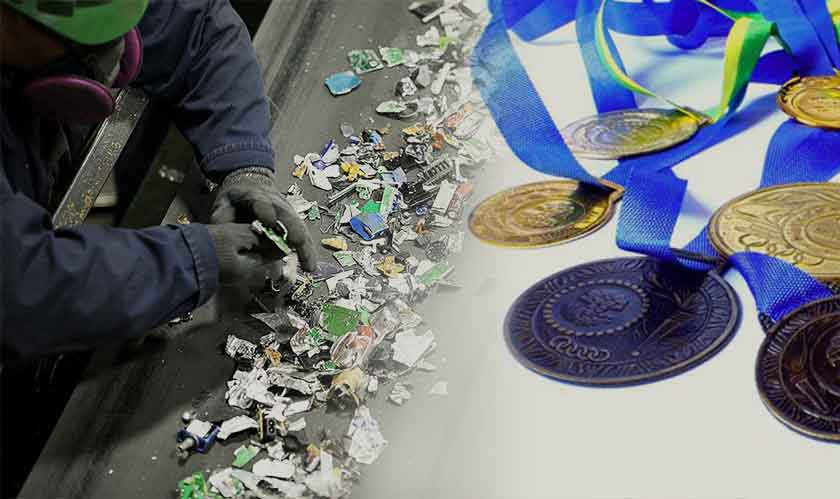 In a grand green gesture, the Olympic committee in Tokyo for the upcoming Olympics in 2020 will have all the medals made from discarded electronics. Started out years ago, the organizing committee for both 2020 Olympics and Paralympics announced that it will soon meet its target of medals.

With the surge of IoT gadgets and devices, the number of e-waste has spiked over the years. The committee required 30.3 kg gold, 4,100 kg silver, and 2,700 kg of bronze. While it has successfully extracted the required amount of bronze, it’s reached 93.7% of gold and 85.4% of silver. So far, 47,488 tons of e-waste has been collected. In this, more than five million disused phones were handed in at NTT Docomo stores. Apart from Docomo stores, post offices and other public buildings were set up as collection stations.

Although the required amount of gold and silver haven’t been achieved it, the committee is assured that it’ll be able to recover the metals. Based on the number of devices already received, the committee is certain about it! The deadline for the program is March 31st where the Olympic and Paralympic medal designs will be revealed shortly after.