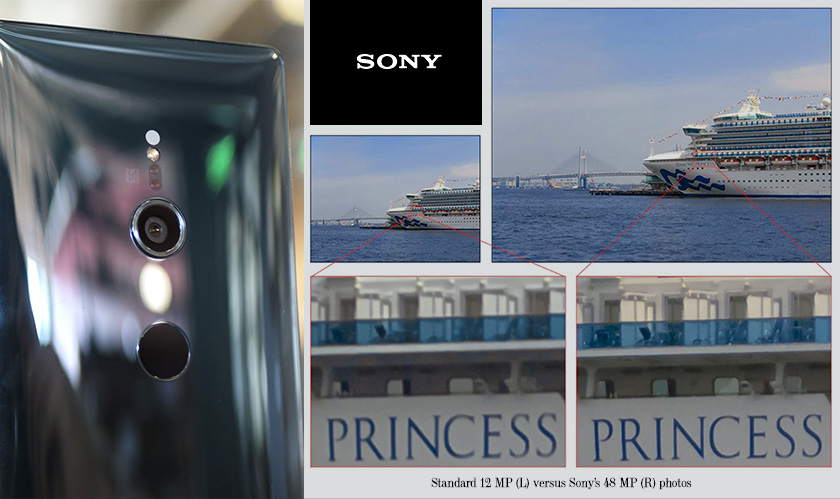 Sony announces the world’s most high-resolution smartphone camera sensors. The IMX586 CMOS camera sensor from Sony will capture 48- megapixel photographs, the highest pixel count in the industry. To say the other way around, the ½ inch sensor is the first of its kind to feature an ultra-small pixel size of just 0.8 μm.

Sony, about the new design, said, “The new Sony sensor features 48 effective megapixels, a pixel count which rivals that of high-performance SLR cameras, making it possible to capture beautiful, high-resolution images even with a smartphone.”

The array conversion involves either fusion or fission of pixels for low-light or a 12 megapixels standard photography. Sony substantiates by saying, “Generally, miniaturization of pixels results in poor light collecting efficiency per pixel, accompanied by a drop in sensitivity and volume of saturation signal… this product was designed and manufactured with techniques that improve light collection efficiency and photoelectric conversion efficiency over conventional products… “

HDR Imaging, phase-detect autofocus, 4K video-recording at 30 frames per second (fps), and a 1080p high-speed recording at 480 fps are the sensor’s other major attractions. The IMX586 sensor will be released in September 2018 priced at $27 per unit.