A Supercharging Mobile Charger from Tesla 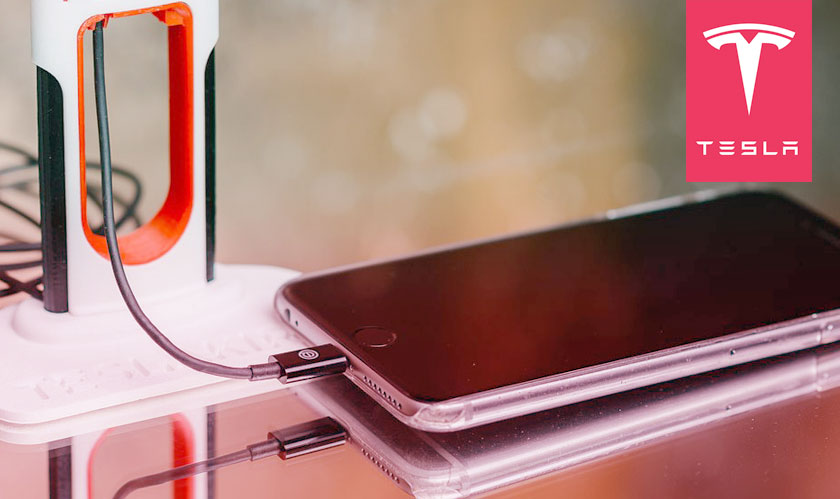 Tesla is popularly known for its electric cars. The company gained even more popularity and applauses with its latest release of the Semi trucks ultrafast supercars. However, that was not all. To add to the list, Tesla also brought out a Tesla-themed battery that can charge your phones and tablets and just about anything that takes a micro-USB.

The Tesla power-bank comes with USB, micro-USB, and Apple lightening connections and works just like any other power-bank where you can charge your Android or Apple on the go. So what makes the Tesla power-bank catch the eye? For one, it uses a single 18650 cell with 3,350mAh capacity that's also found in its Model S and X electric vehicles. But of course, the cars are powered and run on more than one cell!

Still, that wouldn’t attract a customer to shed $45 for a battery, especially when they are cheaper and other options available out there. This is why Tesla ensured that the battery looks like a Tesla product inside out. This is where the design comes in. The phone battery pack is designed after Tesla’s Design Studio’s Supercharger monument. Now imagine placing this power-bank inside your Tesla car. This makes the duo a perfect get-along!

But there’s another glitch. The chargers are already marked sold out on the company website. So even if you were considering shedding $45 for a battery, it wouldn’t do much good! Now Elon Musk needs to decide if he wants to release another batch of batteries.