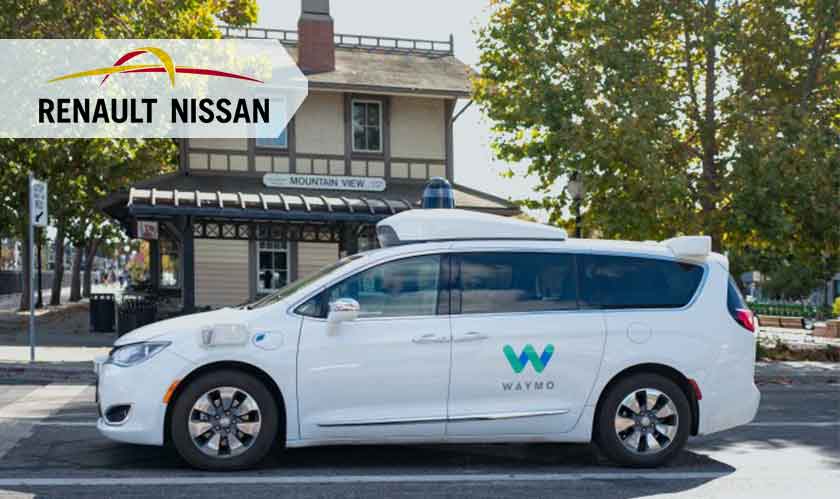 Nissan and Renault have struck a deal with Waymo to bring the driverless automobile technology to their homelands. With this deal, Waymo is going global with its autonomous vehicle technology. Unlike its previous tie-ups, Waymo and the automobile manufacturers will be exploring driverless IoT technology, mobility services for passengers and deliveries this time.

In the words of Waymo CEO John Krafcik: “This is an ideal opportunity for Waymo to bring our autonomous technology to a global stage, with an innovative partner. With the Alliance’s international reach and scale, our Waymo Driver can deliver transformational mobility solutions to safely serve riders and commercial deliveries in France, Japan, and other countries.”

One should take note that Nissan and Renault are both a part of an alliance with Mitsubishi- the Japanese automotive giant. Recently, there have been tensions in the alliance, but with Waymo entering a deal, things might begin to reshape.

As an Alphabet subsidiary, Waymo has been testing its self-driving technology for nearly 2 years now. With modified Chrysler Pacifica minivans, Waymo had built alliances to develop robot taxis. Waymo had even partnered with Fiat-Chrysler and Jaguar-Land Rover to build driverless cars. The new deal marks Waymo dealing with other car manufacturers, who already have their self-driving car tech.