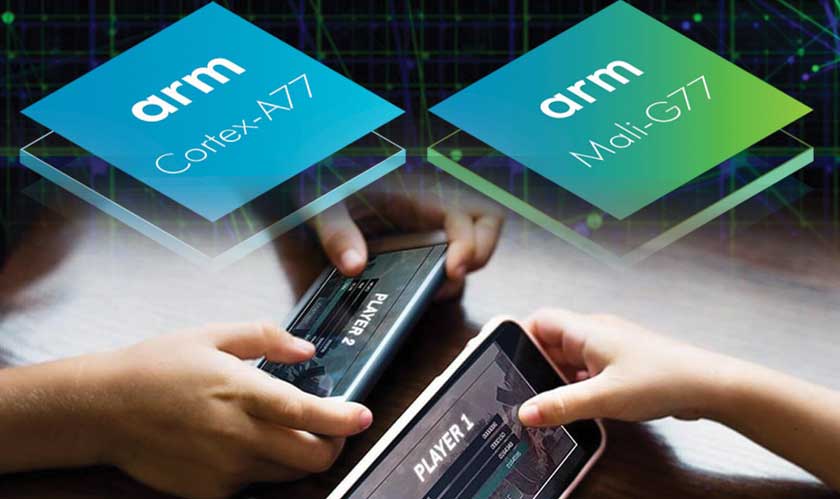 ARM- the company behind the designs of various chips used in smartphones has announced two new designs for premium smartphones and will be ready for use in 2020. Cortex-A77 CPU core and the Mali-G77 graphics part are the two main components ARM has announced.

The key highlight is the Cortex-A77. ARM claims that it’s improved 20 percent in performance that’ll boost action even during complex tasks. Tech giants Qualcomm, Samsung, and Apple use two or four cores similar to Cortex-A77 for complex tasks and other power-efficient cores for basic tasks. Now with the new design, ARM is promising more power, design flexibility, and higher performance.

This is certainly attractive to phone makers as it makes room for other IT services- be it AI-enabled components or other enhanced photo hardware. In short, ARM believes the Cortex-A77 is “redefining mobile performance with 20% IPC improvements.” In a blog post making the announcement, ARM said: “The new Cortex-A77 CPU underpins ARM’s continued push for performance and best-in-class efficiency within smartphone power budgets with performance comparable to today’s mainstream notebooks.”

Coming to the Mali-G77 GPU, ARM has introduced a new architecture called Valhall. The company believes this will improve the performance level by 40 percent. The micro-architecture allows the chip designers to pump in more power, while utilizing lesser space. “On top of that, Mali-G77 also brings a 60% improvement to machine learning performance, which significantly boosts inference and neural net (NN) performance for advanced on-device intelligence,” ARM explains.