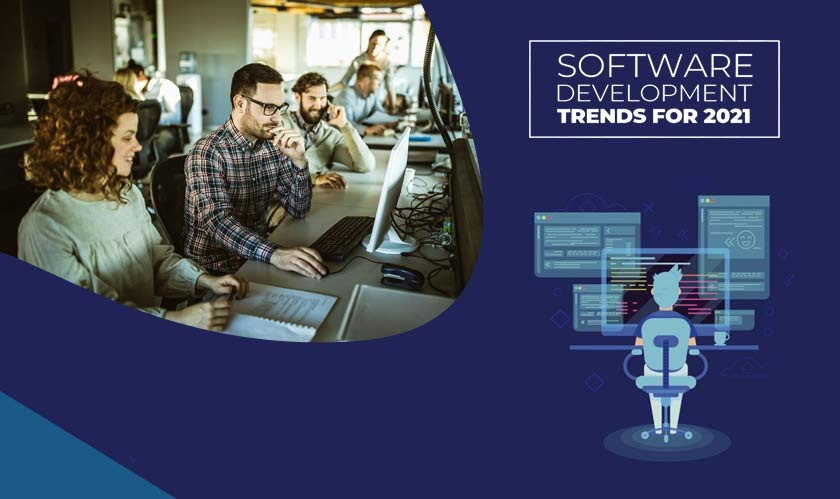 The tech giants are watching breakthrough software development trends in 2021. For example, Microsoft has recently analyzed the latest emerging technologies and strategies to learn how they can support developer growth and meet the unprecedented demand. According to their research, they expect enterprises to adopt new technologies and practices to maintain productivity in the remote digital landscape.

Of course, many of these trends also respond to consumer demand as well. As a software development enterprise manager, you need to know the latest changes emerging in the industry. This way, you can implement structural changes and adopt proper tools to meet the growing demand. Read on to discover breakthrough software development trends top companies are watching in 2021.

Importantly, different languages are often suited for different types of applications, such as Swift for iOS. Go is also on the rise for its simple, easy-to-learn syntax. In short, major tech companies are leveraging new languages for software programming.

In addition, tech giants are also looking out for DevOps pipeline automation tools. Indeed, many development enterprises are implementing the DevOps methodology to achieve faster high quality deployments. Additionally, there are many powerful tools that enable this transition to an automation pipeline. For example, the JFrog devops pipeline allows development teams to ship updates faster by automating everything from code to production in the SDLC. With continuous integration (CI) and continuous delivery, this is tool is enterprise-ready to support thousands of users.

Next, global tech enterprises are also watching cross-platform developments. Previously, developers had to choose which operating system they wanted to develop for and select a native platform accordingly. If they wanted to release applications on multiple platforms, they had to build multiple versions of the same project. With cross-platform tools, software engineers can develop applications simultaneously for various systems. Of course, this is more efficient and cost-effective. It also reduces the time to market for faster profitability. Many developers can also build apps that reach a larger customer pool as well.

Notably, cross-platform tools are on the rise due to their tool and feature advancements. Therefore, top companies are continuing to watch these adoptions through 2021.

Moreover, major watching the rise of microservices architecture. Importantly, a microservices architecture is a pattern that has emerged from domain-driven design, continuous deliver, and platform automation. This technology takes the same approach and extends it to loosely couple services. Then, developers can develop, deploy, and maintain them independently. Many tech enterprises recognize that microservices are often easier to scale. Additionally, their independent deployment makes it easier to identify and isolate errors.

Since the services are compartmentalized, an error in one service doesn't necessarily stop the whole application from functioning. As a result, major companies such as Amazon and Netflix use microservices for their critical applications.

Low Code and No Code Platforms

Furthermore, top development companies are also expecting low code and no code platforms to rise this year. With rapid digital transformation, there is huge gap between the supply and demand for software engineers. Even as more developers join the industry, many tech entrepreneurs are turning to low code and no code tools to build software. Typically, these systems use a drag-and-drop interface to program their apps easily. Many have templates as well to increase development efficiency.

As these platforms advance their features, more developers are adopting them to boost efficiency. Definitely, major tech giants are watching as low code and no code platforms breakthrough the software development industry.

Top companies are watching breakthrough software development trends in 2021. First, enterprises are looking out for programming language popularity to assess effectiveness. Next, tech giants are also watching for cross-platform tool advancements for their ability to increase efficiency. In addition, tech companies are also expecting increased adoptions of DevOps pipeline automation tools. Moreover, microservices architecture is another trend taking hold in major global organizations. Furthermore, developers expect low code and no code platforms to rise in popularity. Watch out for these breakthrough software development trends in 2021 to keep up with top company research and recommendations.