CIMON is the new AI robot â€˜crew member' at ISS 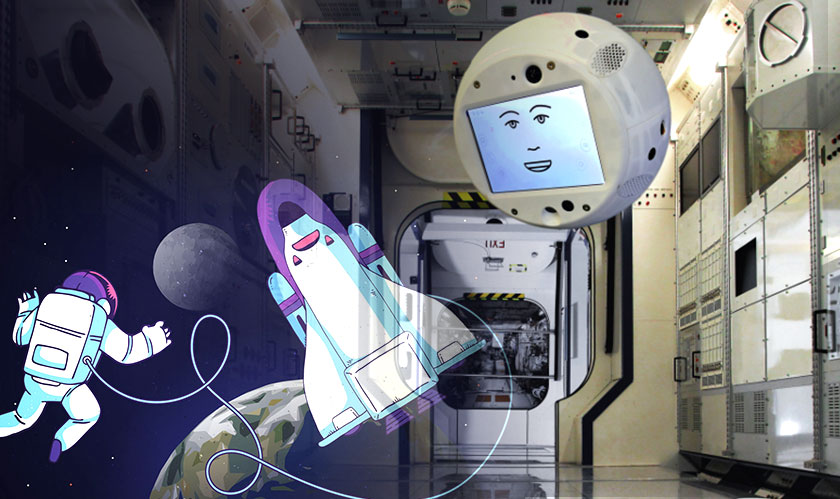 CIMON, short for Crew Interactive MObile companioN, is an interactive AI assistant that can float around a space station and help answer astronauts’ questions.

Under a contract awarded by the German Aerospace Center (DLR), the $6 million robot was built by IBM in conjunction with Airbus. The basketball-sized 3D-printed robot has no arms or legs, but he’s got some AI-powered smarts and a natural-language user interface. Weighing about 5 kilograms, the robot has 12 internal fans that help him move in multiple directions while floating in the microgravity conditions of space.

CIMON doesn't process commands itself, but instead communicates with a ground-based cloud computer — IBM's natural-language-processing computer Watson."If CIMON is asked a question or addressed, the Watson AI firstly converts this audio signal into text, which is understood, or interpreted, by the AI," explained IBM project lead Matthias Biniok in the statement. "IBM Watson not only understands content in context, [but] it can also understand the intention behind it."

The European Space Agency released a new video highlights an early interaction between CIMON and the spacefaring crew. The debut of the new ISS robot went exactly well apart from some rather questionable behavior of the free-floating device.

CIMON was programmed to cooperate with a German astronaut Alexander Gerst. CIMON capably identifies Gerst and helps him out with a scientific procedure. CIMON also played Gerst’s favorite song on request, Kraftwerk’s “Man-Machine.”