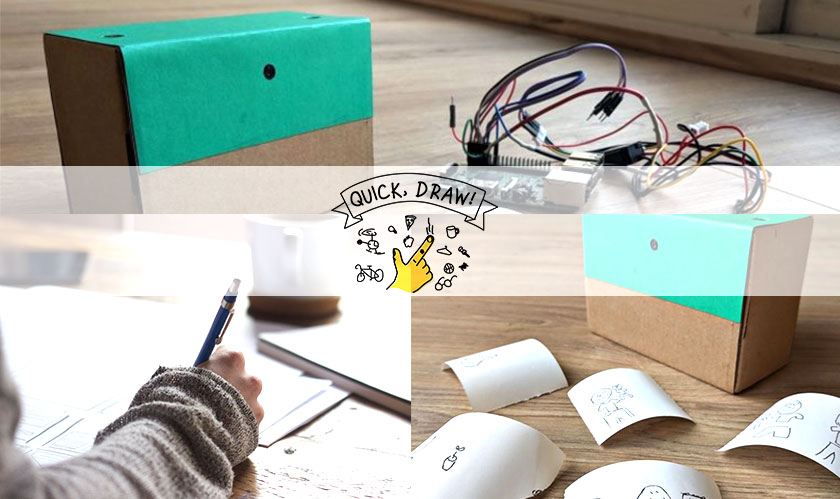 Draw This, the new AI-powered Camera, developed by designer Dan Macnish, takes pictures and prints them out as doodles. The doodle dataset referred by the camera’s identification system are from the Google’s Quick, Draw! project from 2016. Quick, Draw! was a web-based Pictionary game that asked users to doodle familiar objects, which was then identified by the Google’s AI.

Macnish used these 50 million user-submitted sketches in 345 categories as a data feed to the camera’s AI recognition system. “Playing with neural networks for object recognition… I could… ask the camera to re-interpret the image, printing out a cartoon instead of a faithful photograph”, writes Macnish in his blog.

The camera is powered by the basic single board computer - Raspberry Pi, along with an off-the-shelf object recognition system to identify objects within each picture. It then looks up for doodles in the dataset from Quick, Draw! and prints them out using a thermal printer. But the obvious drawback in such AI-powered identification mechanisms is it will be able to capture only the scenes limited by the data in the dataset. There can be some discrepancy between what the camera sees and what it generates for the photo. However, this uncertainty is fun, says Macnish in his blog. “You point and shoot – a cartoon; the camera’s best interpretation of what it saw… The result is always a surprise.”

Instructions and code needed to build this project are made available on GitHub, by the creator.