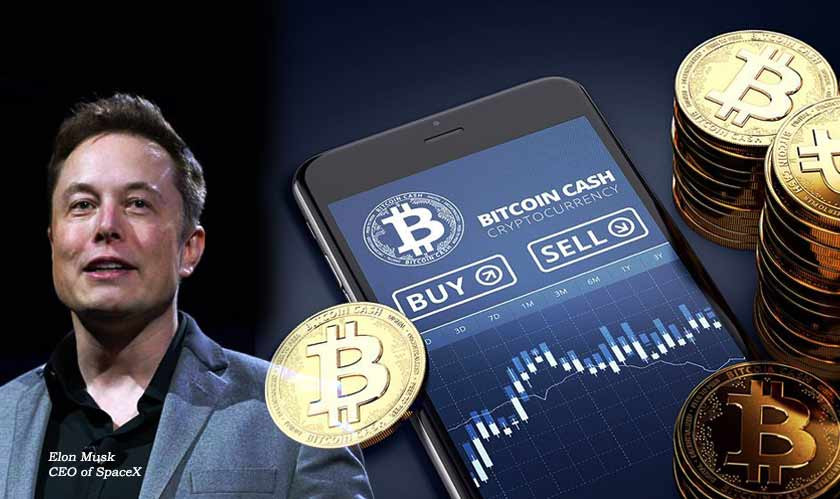 Recently, Elon Musk has been in a lot of news but not because of his startups like Tesla or SpaceX, but cryptocurrencies and Stock Market. He was behind the sudden Bitcoin surge after mentioning Bitcoin in his Twitter bio. Musk is a supporter of decentralized platforms and also helped Dogecoin surge to a whopping 300% after the Game Stop issue. Even while he is late into cryptocurrency, he feels that Bitcoin, the largest cryptocurrency by market cap, is on the verge of a wider acceptance.

On the social audio app Clubhouse, he called himself its 'supporter' and pointed out that he is late to the party. "Should have bought the cryptocurrency eight years ago.Bitcoin is really on the verge of getting broad acceptance by conventional finance people," Musk added.The digital coin spiked to almost $34,500 Monday amid the comments before easing back. It surged as much as 16% on Jan. 29 to over $38,000 after Musk changed his Twitter profile to "#bitcoin." That rally mostly receded by Monday.

In the same interview, Musk said, he, however, doesn't have a strong view on other cryptocurrencies and that his comments on Dogecoin are meant as jokes, adding "the most ironic outcome would be Dogecoin becomes the currency of Earth in the future."Musk said that people had tried to get him involved in bitcoin in the past, going back as far as 2013, when bitcoin was worth a fraction of what it is now—trading at under $100. Since October, the bitcoin price has soared around 200%, surging to over $40,000 per bitcoin before falling back slightly.