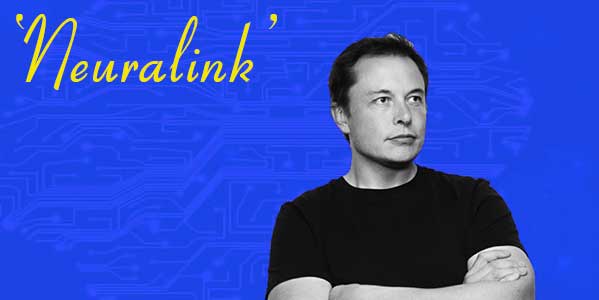 Elon Reeve Musk an Entrepreneur- Founder and CEO of Tesla & SpaceX; Â is on a mission to create new trend in technology called Neuralink- the motive behind setting up Neuralink is to implement tiny chips in human brain- in other terms it means-Â  combining the human brain with AI.

The companyâ€™s new invention is still at its early form- Neuralinkâ€™s main purpose is to integrate tiny chips in human brain - this creative tool helps humans to unify with software aiming to see more developments in Artificial Intelligence. The advancements would be in improving memory power or to make face to face interaction with computer devices. Elon wants his new creation to hold humanâ€™s thoughts, past experience and memories collected and later revealed in computer through â€œNeural laceâ€ technology. His passion on inventing Neuralink is to make direct communication between man and Machines than using of a commanding voice.

Elon Musk in a crowd at Dubai said -â€œOver time I think we will probably see a closer merger of biological intelligence and digital intelligence.â€ â€“ Adding to it he also said-it's mostly about the bandwidth, the speed of the connection between your brain and the digital version of yourself, particularly output. On Twitter, Musk spoke about the working process of â€œneural lace,â€ â€“ he said it is sci-fi shorthand for a brain-computer interface humans could use to improve themselves.

Neuralink was a dream from long time but now it has made its existence by having some really brainy people at the company in developing Neuralink- it has made its first hires: Vanessa Tolosa, an engineer at the Larence Livermore National Laboratory and expert in flexible electrodes; Phillip Sabes, professor at the University of California and an expert on how the brain controls movement; and Timothy Gardner, a professor at Boston University -who made big names by implementing electrodes in birds to study how the birds sing.

Musk said in a conference- the changes are expected now or later â€“ by experimenting with human brains with machines, Man donâ€™t become inferior in front of AI. â€œIf you assume any rate of advancement in artificial intelligence, we will be left behind by a lot,â€

The sole purpose to create Neuralink it to bring changes in humanâ€™s communication with computer devices by connecting manâ€™s brain to machines- that could be through smart phones, cars or by few other machinery implements. Â