Ford to test its self-driving cars in Washington, D.C. in 2019 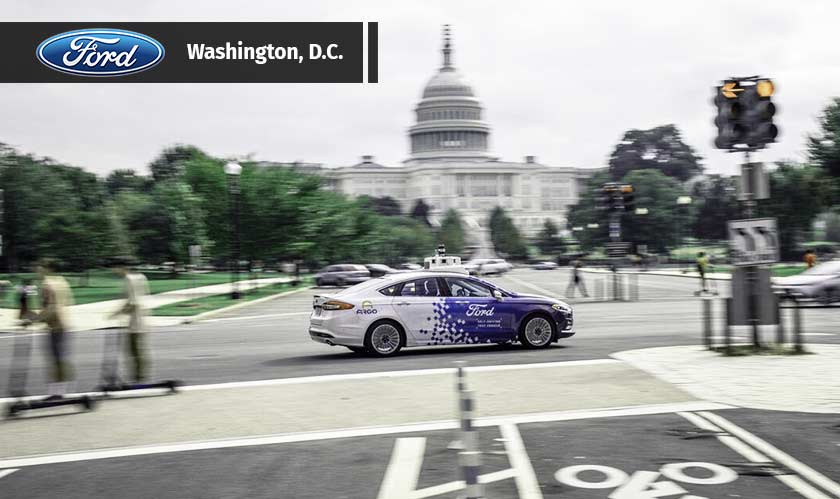 Ford will begin testing its self-driving vehicles in Washington, D.C., early next year. The district joins three other cities –Detroit, Pittsburgh, and Miami – to host the testing program of the automaker aiming to commercially launch a self-driving taxi and delivery service in 2021.

Last year, Ford invested in a Pittsburgh-based self-driving startup company called Argo AI to develop a virtual driver system and high-definition maps for Ford’s autonomous vehicles. Specialists from Argo AI drove a Ford Fusion hybrid in manual mode in Northeast Washington last week. Using nine cameras and a pair of lidar units, they recorded roads, curbs and everything on the street as they moved through the city. All those data snapshots will be refined, augmented and used by Ford autonomous cars to place itself in the world.

The testing program in DC, like in other cities, will focus on job creation and equitable deployment. “We realized very quickly that we can launch a small number of cars in an area right away — but then not create a healthy business that helps the city,” said Sherif Marakby, President and Chief Executive of Ford Autonomous Vehicles.

Ford said the district’s openness to self-driving vehicles gave Washington an advantage over other less-welcoming cities. “Both Ford and district officials are committed to exploring how self-driving vehicles can be deployed in an equitable way across the various neighborhoods that make up Washington, D.C., and in a way that promotes job creation,” said Marakby.