You can now Mute Autoplay on Google Chrome

You can now Mute Autoplay on Google Chrome 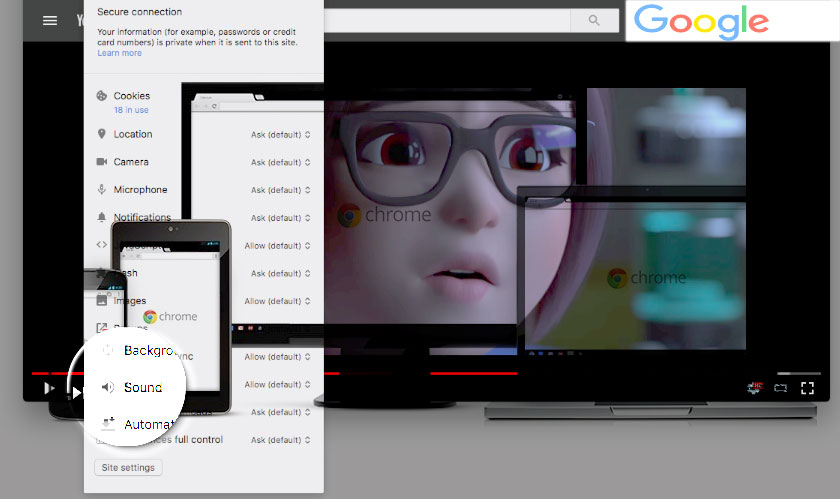 A couple of months back, Google had announced that it would allow users to mute videos from autoplaying. Well, that time is here now. Google announced that users can download the Chrome 64 beta and avail this feature.

Google also said that the full autoplay video blocking feature, that is, in fact, part of a broader ad blocking effort in Chrome, has been in the works for quite some time. The company also promised that it would arrive in the consumer version of the browser, come this January.

For now, eager users can simply download the Chrome 64 beta version. To mute the autoplay automatically, simply go to the setting in Chrome 64’s permissions bar. Although it seems so simple, there’s one tiny annoying thing about this. Muting autoplay isn’t a one-and-done setting, unfortunately. This means it has to be done for every website you want it applied to. However, it will mute sound for any content that is navigated to under the parent domain.

The beta includes other perks too. Things like a stronger pop-up blocker and better protection from malicious prompts that try to automatically redirect users to other websites. The Chrome 64 beta also adds HDR video playback for Windows 10 users in HDR mode. There’s also a ‘Split View’ multitasking feature for Chrome OS and other developer tweaks.