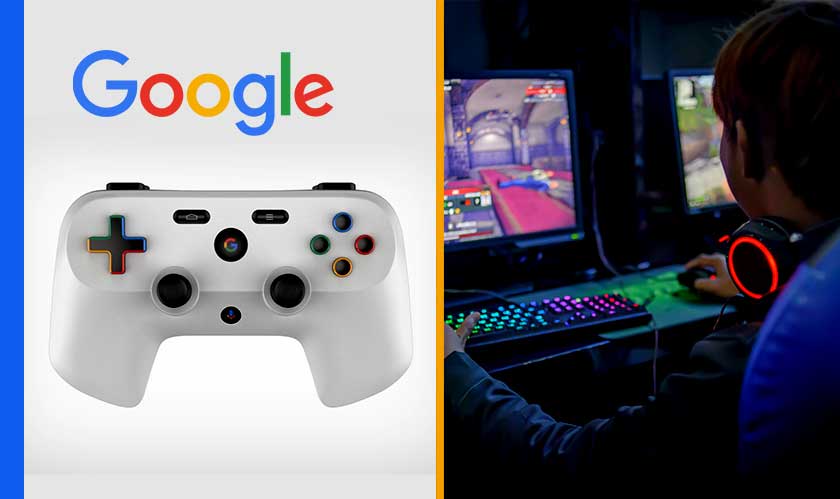 Powered with Chromecast, it was rumored that Google is diving into the world of game streaming. Now, researchers have discovered a new patent filed by Google that pictures a new game controller on which the game would be played.

The upcoming Game Developers Conference will see Google holding an event, possibly to announce the speculative new gaming application. Apparently, the new service is said to be built on the same technology that Google brought in for its Project Stream trial. Reports are circulating the new gaming services as “Netflix for games!”

The new patent shows a notification system that’s quite unique. The notification system would notify the player when he receives an invitation, when the game is available, his status on a leader-board/scoreboard and even chat requests from other players.

The design of the patent shows a dual-joystick controller along with shoulder and trigger buttons. You can also expect d-pad and gameplay buttons on it as the patent illustration shows. Google goes ahead to push its Assistant as the patent shoes a microphone button, possibly to activate it with “OK, Google.”

Other gaming enthusiasts are bringing out their own illustrations based on Google’s patent design. But no one really knows how the final product may actually look like. We still aren’t sure which of these buttons will be there in the final controller and where it’ll be placed.