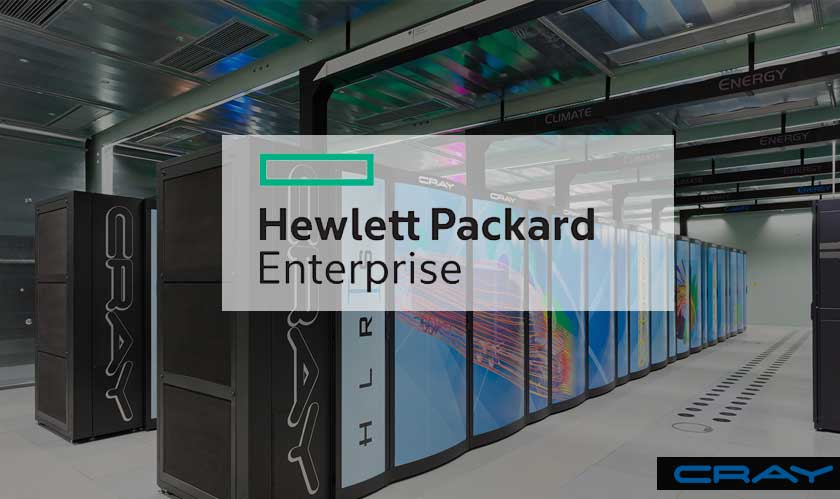 In the latest turn of events, supercomputer manufacturer Cray is being acquired by Hewlett Packard Enterprise. HPE split from Hewlett Packard back in 2015 and is now entering a new deal worth nearly $1.3 billion. Cray is extremely popular for its computing history with supercomputers. The deal marks a turning point in the modern tech world of IT services.

At present, Cray is building two superfast supercomputers in partnership with AMD and Intel respectively- for the Argonne National Laboratory and the Oak Ridge National Laboratory, as part of the US Department of Energy Labs. These supercomputers are redefining the computing systems with ‘exascale’ performances and so on. And HPE wants a solid stake in these exascale opportunities.

According to CEO of HPE Antonio Neri, massive amounts of data carry the answers to some of “society’s most pressing challenges” that can be unlocked by processing and analyzing data. He said, “Cray is a global technology leader in supercomputing and shares our deep commitment to innovation. By combining our world-class teams and technology, we will have the opportunity to drive the next generation of high performance computing and play an important part in advancing the way people live and work.”

At present, IBM has the record of the world’s fastest supercomputers- Summit and Sierra. HPE is certain that with supercomputers, it can give a big boost to data-relying industries like neuroscience and medicine, astronomy, climate, etc. With Cray on its side now, HPE also has an advantage in AI and further research.