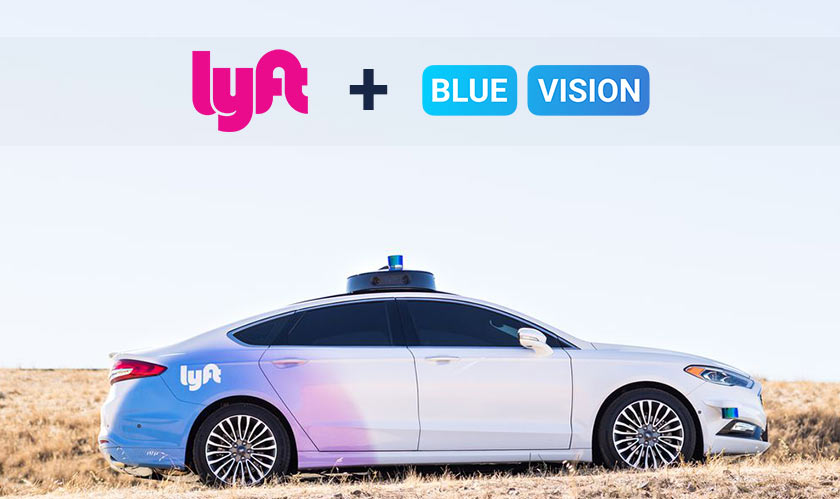 Lyft is well ahead of Uber when it comes to self-driving cars. The on-demand transportation company’s new self-driving division, Level 5, made its first acquisition, announces the company. Lyft welcomes the London-based augmented reality company Blue Vision Labs to help develop AR, mapping, and camera tech for its AI self-driving cars.

Blue Vision is an AR startup founded by graduates from the University of Oxford and Imperial College London, in 2016. The company develops collaborative AR experiences using a cutting-edge technology that can crowdsource highly detailed 3D maps of entire cities using a smartphone or other car-mounted camera phones.

“These maps allow a car to understand exactly where it is, what’s around it, and what to do next, with centimeter-level accuracy,” said Luc Vincent, Level 5’s lead engineer. Blue Vision’s camera-based maps combined with geometric maps built using LIDAR sensors mounted to the roofs of Lyft’s vehicles will be enough to achieve Lyft’s aim of building high-res maps for its self-driving cars to navigate complex environments.

“We are looking forward to focusing Blue Vision’s technology on building the best maps at scale to support our autonomous vehicles, and then localization to support our stacks… To make our services more efficient and remove friction, we want their tech to drive improvements,” he added.

Sources reveal that Blue Vision is being acquired for around $72 million and an additional $30 million on hitting certain milestones. And the first car from the joint self-driving initiative will be the Ford Fusion Hybrid, revealed the company.