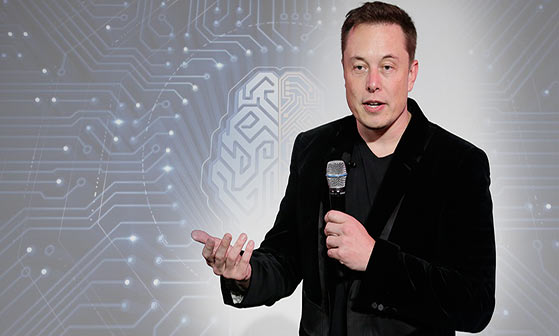 After inventing Neuralink, Musk is heading to create his first develop micron-sized device to help link brains and machines, and treat brain injuries and their symptoms like- strokes, paralysis and memory loss in old aged. Musk and his team hope to bring this new technology to market by 2021.

The new technology will be designed ultimately to connect people’s brains to each other to they can communicate directly without depending on any means of other medium( high- bandwidth), whether it would be typing or talking.

“You’re already digitally superhuman. The thing that would change is the interface is having a high-bandwidth interface to your digital enhancements. The thing is that today, the interface all necks down to this tiny straw, which is, particularly in terms of output, it’s like poking things with your meat sticks, or using words, either speaking or tapping things with fingers. And in fact, output has gone backwards. It used to be, in your most frequent form, output would be ten-finger typing. Now, it’s like, two-thumb typing. That’s crazy slow communication. We should be able to improve that by many orders of magnitude with a direct neural interface”. Says Elon Musk.

Making of this new technology might take approximately ten years. Musk believes regulatory approval is going to have a lot to do with that timeline.

There is a lot work involved that would either be firm’s grand plans come to fruition, if you understand these two popular personalities -Musk and Zuckerberg, for their outstanding performance from past few years then you will definitely see big things around the corner- this sounds like something great and without a doubt this will make your life even more better.