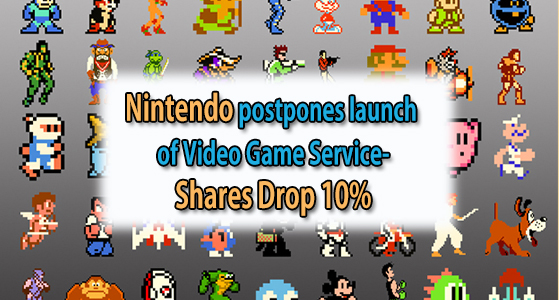 Japan's Nintendo Co, once the number one video game company in the world, had announced a videogame for service for smartphones by this year end. The service was highly awaited as fans were dying to play their favorite games on their smartphones. However, the company announced that it would push-back the much-awaited launch by a few months to March 2016. This news was received with a lot of disappointment among gamers & investors.

Chief Executive Tatsumi Kimishima, said that the delay would help the company to concentrate on selling its existing gaming consoles and software during the year-end holiday season. Word on whether the most popular game,Mario would come to smartphones was not given. He said that a new social networking service-style application called "Miitomo" would be made available in March. The news plummeted Nintendo's shares by more than 10 percent in morning trade, erasing earlier gains. Nintendo's mobile gaming partner, DeNA Co also experienced a drop of 19 percent.

"This (move into mobile gaming) is a sea change for them and there may be some growing pains like this along the way," said Gavin Parry, managing director of Hong Kong-based brokerage Parry International Trade.