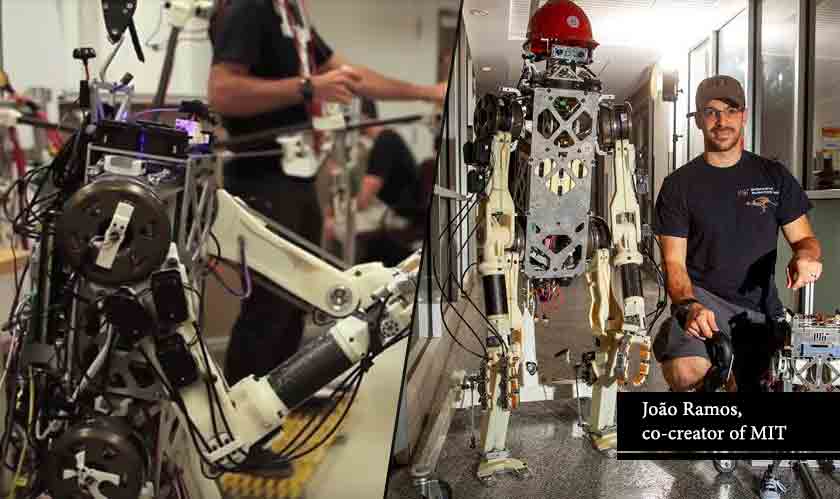 We all know that robots are ruling the world, but they are still helpless! How? The only way robots can be avoided from falling down is with the help of human’s fast reflexes. Researchers are testing for a solution where humans can understand robot’s feelings.

Bipedal robots are supreme in navigating human environments, but when compared to quadrupedal or wheeled robots they are likely to fall down. Even though they are built with sophisticated algorithms, this is not enough for all the situations. To bridge this gap, researchers from MIT and the University of Illinois-Champaign are getting along to launch a sort of hybrid human-robot system reminiscent of either Pacific Rim or Evangelion, depending on your nerd alignment.

João Ramos, co-creator of the system with MIT’s Sangbae Kim said, “We were motivated by watching the 2011 Tohoku, Japan, earthquake, tsunami and subsequent Fukushima Dai-ichi nuclear plant disaster unfold. We thought that if a robot could have entered the power plant after the disaster, things could have ended differently.”

The robot they developed is a bipedal one which is small in size, named Little Hermes. It is connected to a human operator placed on the pressure-sensing plate who wears a force-feedback vest.