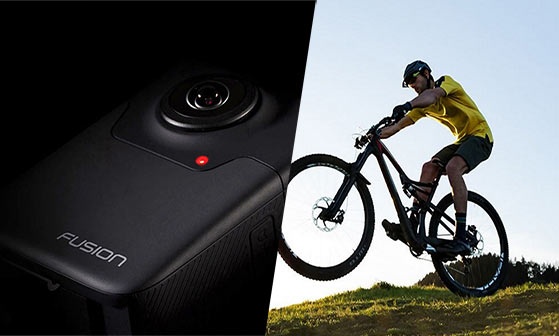 A leading company in the market of cameras, video-editing software or any HD camera with high functionality leads us to GoPro Inc, a company that has shown colossal potential in the field of gadgets and devices produced to play with the moments.

In recent news, GoPro has announced of launching a new camera that goes by the name Fusion, a camera that shall enable its users to capture spherical video to be used in VR and standard video formats through a software solution. The Fusion is supposed to be launched in this year’s fall.

In a press release, the company stated that the Fusion is built with a capacity to record 360 degree video at 5.2K30 and in enhanced with a new mode called “OverCapture” that shall let users go back and carve out a standard video file from the spherical footage.

“Fusion is just that, the ability to capture every angle simultaneously…as though you had six GoPro cameras fused into one,” said GoPro founder and CEO, Nicholas Woodman.

Since its time of setting up, GoPro has adversely built similar feature-intact cameras that enable users to capture every angle and then its software joins the footage or shot together for a single project. But those were over-priced, and what GoPro is initiating with Fusion is that they shall be under an affordable range.

To sum it up, GoPro is adulating its new gadget for its users to record everything and then choose which frame was the most suitable one for their whole video shoot, and that too in a reasonable price. Could it get any more better?