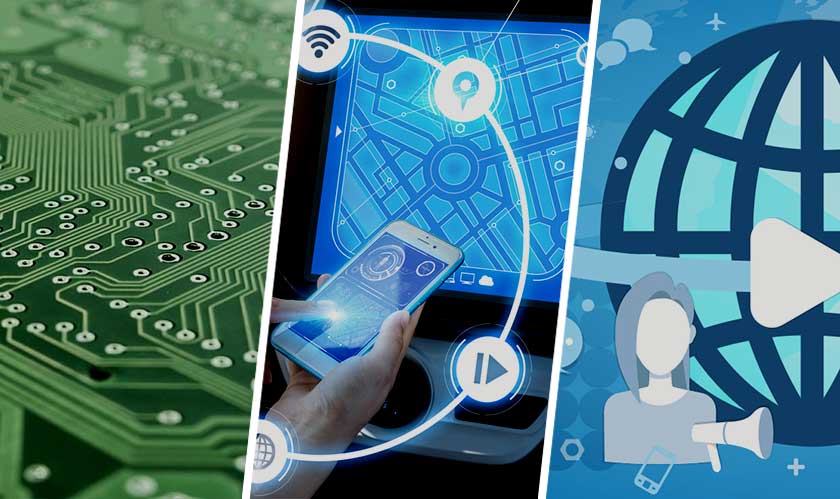 Throughout the past century, there have been many inventions and innovations which have completely changed our lives for the better. From the humble PCBs which power our devices to the Internet we browse each and every day, there has been much which has changed our world. Let’s take a look at some of these changes now:

The printed circuit board is one of the most important innovations to help us get to where we are today. These tiny green boards are recognisable to everyone but few people actually recognise how powerful they are. They happen to be in nearly every piece of technology that we own. That a smartphone is so small and yet has such a powerful computing power can be put down to its PCB.

It is entirely possible for you to try PCB design for yourself using Altium. Altium is used by some of the top tech companies around the world for designing their own PCBs and it can also be used by hobby enthusiasts who want to try making their own.

Bluetooth technology has been included in mobile phones since 2001 and it has proven to be an extremely useful data sharing tool. It is used to exchange data wirelessly between devices over short distances. Whilst many people originally used it to share music and photos without a cable, the invention of the smartphone has increased the use of it ten-fold. Nowadays, many people are choosing to go cable-free with wireless headphones and are also using Bluetooth in their cars so they can talk on the phone hands-free.

One of the most interesting things about Bluetooth is the origin of its name. The inventors named it after King Harald Bluetooth who united Denmark in the 10th century and the logo is designed from the Futhark runes for his initials.

Without a shadow of doubt, the greatest innovation of the past century has been the Internet. Never before have we been so connected. Information and data can be sent from one side of the planet and instantly arrives at its destination instead of having to wait for more traditional methods.

The Internet has also completely changed the way we handle our everyday activities. We can buy anything we want to thanks to online shopping, through market giants like Amazon, we can search for any fact we could wish on Wikipedia, and we can take in new media through platforms like YouTube.

These are just three of the biggest tech innovations we have seen recently. We are firmly in a digital age and more advances are being made every day. How long will it be before we see some of the great inventions which appear in our favourite sci-fi shows and films? Video chat has been a reality for quite a few years and robots are getting more complex with each new one which is developed. What do you think will be the next development that can change everything?