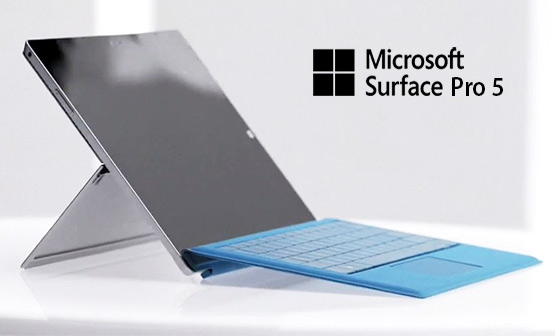 It’s been a while since Microsoft has come up with new upgrades of its Surface Book and Surface Pro devices. Now, Paul Thurrott, the co-host of Windows Weekly tech podcasts, has hinted something about the upcoming Microsoft Surface Pro 5 tablet. The details provided by him indicate that there won’t be much changes in the new tablet over the previous models.

The Surface Pro 5 is expected to use Intel’s Kaby Lake processors and the same magnetic power connector. The preference of Kaby Lake processors over Skylake processors in the Surface Pro 4 is going to account for a minor performance improvement. The Surface Pro 4 received good reviews for its performance and display. But the Pro 5 will have to be more than what is rumored now. With majority of PC makers moving to the new USB-C on high-end laptops, it might be disappointing for certain users if Microsoft doesn’t adopt that. A better battery life and a Surface Pen stylus might also help in gaining popularity.

More details regarding the device are likely to come out during the hardware launch event, according to ZDNet. The latest J.D. Power satisfaction rating for tablets has put Microsoft in the top of the charts. That means users have preferred to own Microsoft’s devices leaving behind Apple iPad for the very first time. Therefore, Microsoft has to offer new features in its devices to keep up to the market expectations.