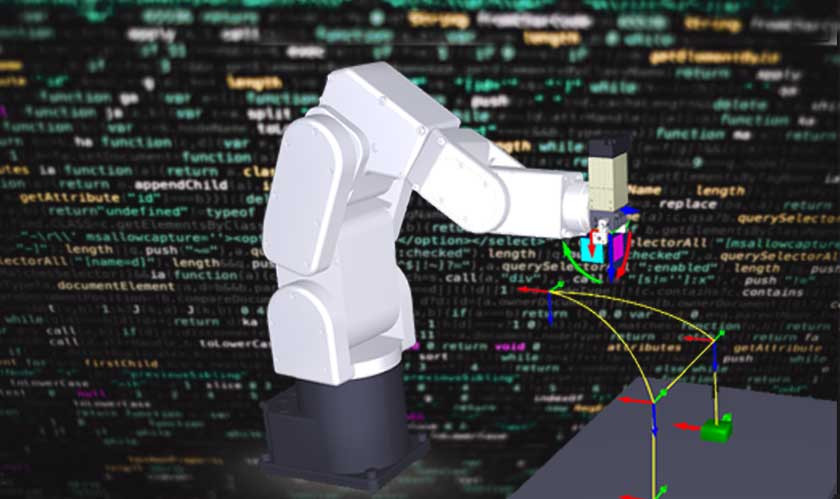 For anyone looking to become a programmer in robotics, you need to acquire programming languages and skills first. Robots can process data, plan actions, and perform cognition via computer programs executable on a processor. Computer programs are a set of instructions that work on an input to produce a result or output.

Most programming languages are in regular text, making it easy for people to understand. The programs are written in byte code for execution by virtual machines or machine code for implementation by a processor.

There are several programming languages such as Java, C/C++, Python, Fortran, etc. The most popular of these languages in robotics is C or C++ (an object-oriented predecessor of the C language). Python is popular because it is useful in machine learning and because it is suitable for the development of ROS (Robot Operating System) packages.

Robot Operating System (ROS) comprises of software tools and libraries that help in building robotic applications. You can write programs for ROS via Python, C, or C++

1) C programming vs. the Arduino Microcontroller

Since Python is used widely in machine learning and computer science, it is a significant language one should learn. Python is a language used with Raspberry Pi, making it very useful in robotics because it can control robots. The Raspberry Pi Foundation has free online courses for individuals to learn how to use Raspberry Pi.

When Python is compared to Java, C/C++, Python allows you to write fewer code lines. Learning Python is an essential guide in building autonomous robots by using popular and common robot software. The Python language helps in the design of embedded systems and is a significant part of ROS.

The Differences between Arduino and Raspberry Pi

The Arduino and Raspberry Pi are significant in robotics, but they have some differences:

MATLAB is a high-performing language used for technical computing, which integrates Visualization, Programming, and Computation in an environment where problems and their solutions are expressed in mathematical notations.

MATLAB is very popular with beginner programmers and is useful for analyzing information and control system building. Simulation and Modeling in MATLAB allow ease of use and help eliminate errors in implementation by identifying issues when prototyping instead of during production.

Since robots were first invented in 1954, they keep evolving and have grown into a multibillion-dollar market. If you have creative and technical skills and a degree in robotics, you can get a job in the Robotics industry.

There are hundreds of job openings in various sectors such as Agriculture, Healthcare, Military, Food preparation, Manufacturing, etc. Learning the different languages useful in robotics puts you in a position of advantage when looking for a job in a highly competitive industry.