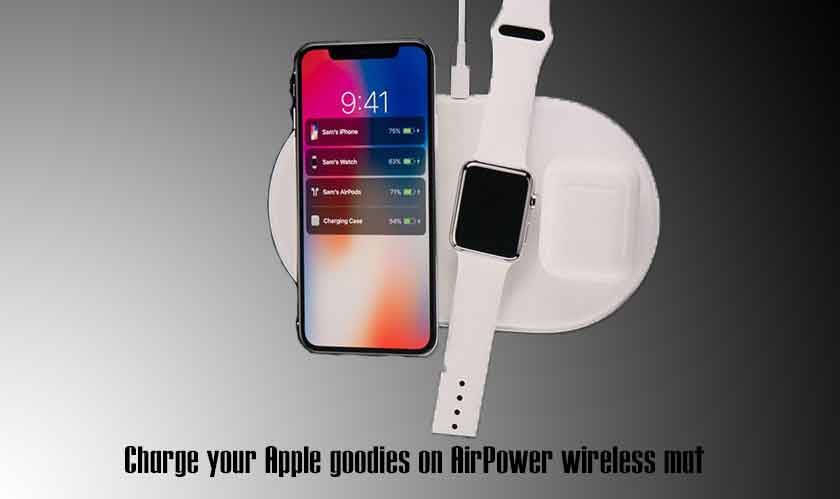 The much awaited (and much delayed) Apple AirPower is finally hitting production, at least rumors and reports say so. This means it could be available soon. The AirPower is a wireless charging mat where you could charge your iPhone, Apple Watch and AirPods as well. Announced with the iPhone 8 and iPhone X, the wireless charging mat was supposed to hit stores in 2018 itself.

After the initial announcement, Apple hasn’t said anything yet. In mid-2018, reports surfaced that Apple was having a lot of technical difficulties with the charging mat as it was overheating. It’s frankly complicated to have three different devices charging at once. And now that we’ve stepped into 2019, reports again suggest that the AirPower will certainly be out this year, along with Apple’s latest AirPods with wireless charging support.

The reports also say that Luxshare Precision, a place where Apple’s AirPods and few chords are manufactured, will also be manufacturing the AirPower. Leaked images and surfacing reports mean that the wireless charging mat could be released soon. However, considering how Apple hasn’t even made a single statement about it, it might not be wise to get your hopes up so soon! But the days of charging all your IoT devices on a single platform aren’t far away.