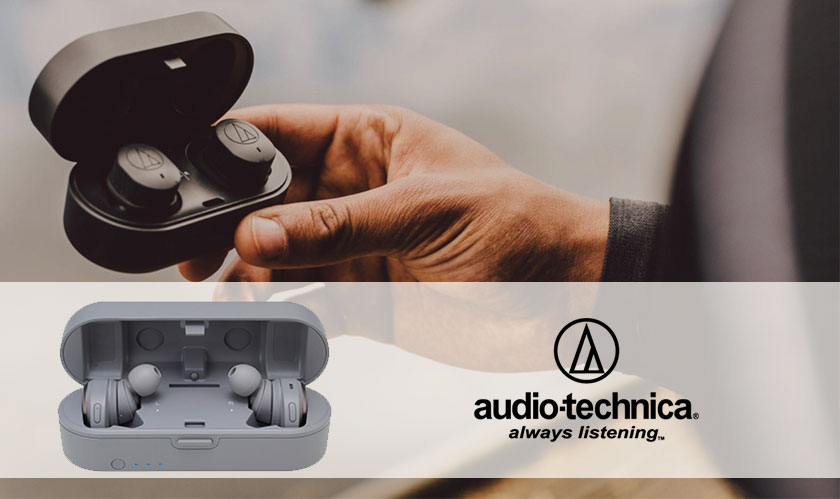 Nearly everything is heading towards the path of wireless and Audio Technica isn’t behind in the race. At the IFA 2018, the company announced two new models of wireless earbuds, in its truest form. The ATH-CKR7TW and the ATH-SPORT7TW are the latest addition to the wireless hub.

The specifics about the ATH-CKR7TW are that it’s got specially tuned 11mm drivers and is designed to enhance the sound performance. This model has a long-standing battery life of 6 hours on a single charge. It comes with an additional 9 hours battery within the case. On the other hand, the other model ATH-SPORT7TW is IPX5 certified. This means that it’s resistant o sweat. Additionally, the ATH-SPORT7TW comes with a hear-through audio mode, so that you’re aware of what’s happening around you, whether it’s your morning walk or a ride to work.

“The audio-grade digital-to-analog converter (DAC) and amplifier components are carefully designed to ensure the signal stream can deliver high-quality audio reproduction,” the company said. Audio Technica has priced these earbuds at £229 / €249 for the ATH-CKR7TW model and the ATH-SPORT7TW at £179 / €199.

Additionally, the audio equipment manufacturer has announced the release of another IoT gadget. It’s a new noise-reducing on-ear Bluetooth headphone called ATH-SR50BT priced at £179 /€199. There’s also the ATH-SR30BT at £99 / €99.