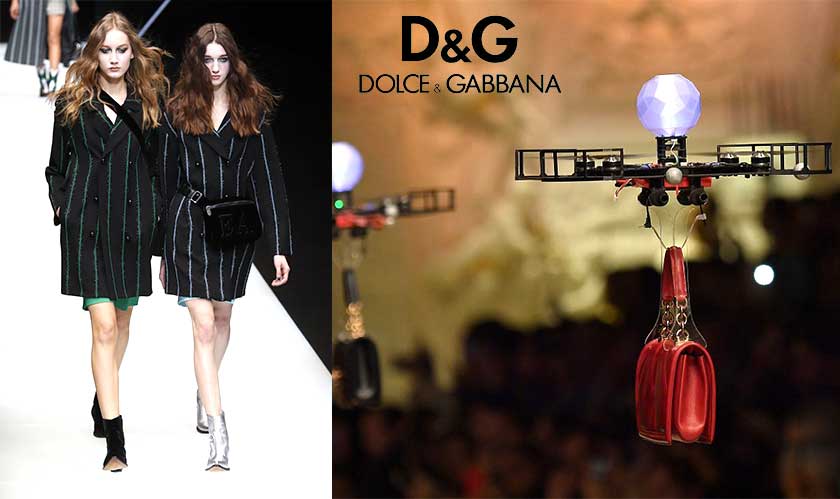 The technological invasion has entered the world of haute couture. In the present times, here comes an instance of the proof that we’re living in the futuristic times with drones flying on the runway. The drones were spotted carrying handbags designed by the Italian luxury fashion house Dolce & Gabanna.

The fashion designer house sent out a bunch of drones down its runway during the house’s fashion show in Milan recently. Reports state that the drones smoothly glided down the runway. It stopped for a couple of seconds to be admired and photographed by the crowd, before returning backstage.

While the drones were stealing hearts on the runway, the audience members were asked to turn off Wi-Fi on their phones, along with any hotspots.

Where are the Models?

Now the question comes as to where did the models go? There were about seven drones and each of them was carrying a leather and jewel-encrusted handbag from the company’s latest Fall Winter 2018/19 collection. It seems that the drones returned backstage later to make way for more traditional human models. The models returned to show off D&G’s clothes. Also, reports state that the show was 45 minutes late to start, and now we know why!