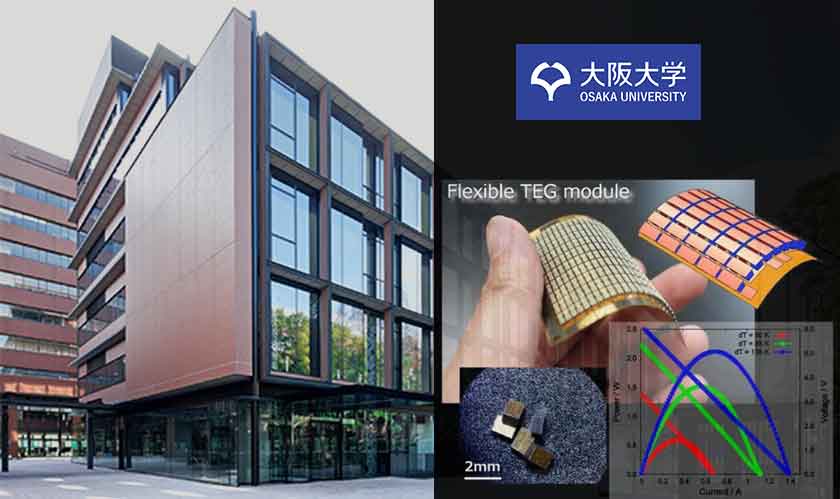 In order to make the process smooth and cost saving, scientists at Osaka University, Japan, have generated the idea of manufacturing thermoelectric generation modules in a cost-effective manner while safeguarding the conversion efficiency of the modules.

Thermoelectric generation technology for 100-150°C has not been established. Moreover, the production cost of modules for power generation at room temperature was high while the applications of the technology are limited to particular areas.

Lead author Assistant Professor Tohru Sugahara of Osaka University said, “Our FlexTEG module can be used as a conversion thermoelectric generator module for waste heat of 150°C or lower. Its mounting technique is based on conventional semiconductor packaging techniques, allowing mass production and lowering the cost of thermoelectric conversion modules.”

A unique feature of FlexTEG is it permits the module to bend in any uniaxial direction. Tiny thermoelectric semiconductor chips will be fixed on a pliable substrate so that there is perfect contact between the pliable substrate and the chips.

It is a big invention in today’s generation because the world is networked by innumerable IoT technologies. And FlexTEG is one among them.