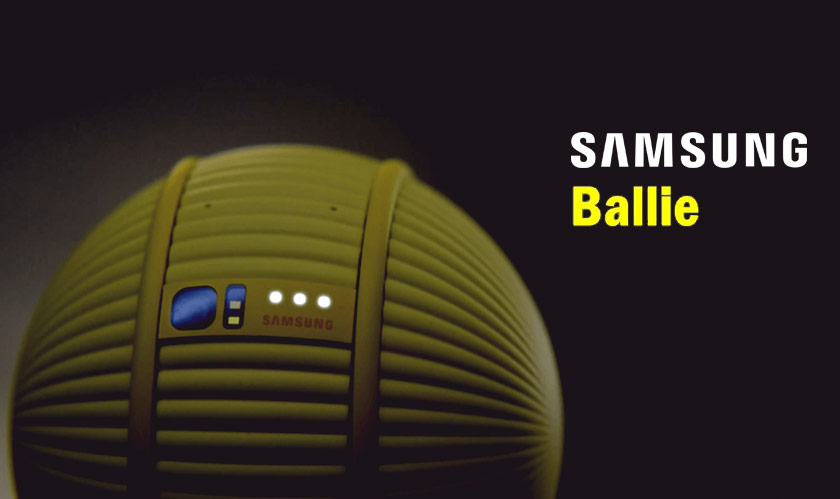 Samsung is indeed getting serious about robotics and its latest invention “Ballie”, a small ball-shaped robot was rolling on the CES stage alongside Samsung’s consumer electronics division CEO H.S. Kim.

According to Samsung, Ballie makes use of AI to perform its functions as a security robot, a fitness assistant and also as a tool to help seniors connect with smart devices in their homes. The gadget had an onstage demo and it uses the camera to track a person. Ballie also gives robotic chimes in response to commands and it even rolls right into a person’s arms when called for.

As of now, all Ballie can do is roll around and follow people. But Samsung’s promotional video that was shown after the demo shows promising features that can be incorporated into the personal assistant someday making it an at-home assistant. In the preview, Ballie was capable of opening the blinds at its owner’s home, turning on the TV and even called a Roomba-like vacuum to clean up the house.

Samsung isn’t the first company to make robots as at-home companions. Recently, Sony released API for its robot dog Albo that will let developers make services and applications for Albo that can interact with smart home devices (IoT). Some of the features in Albo are also present in Samsung’s Ballie.