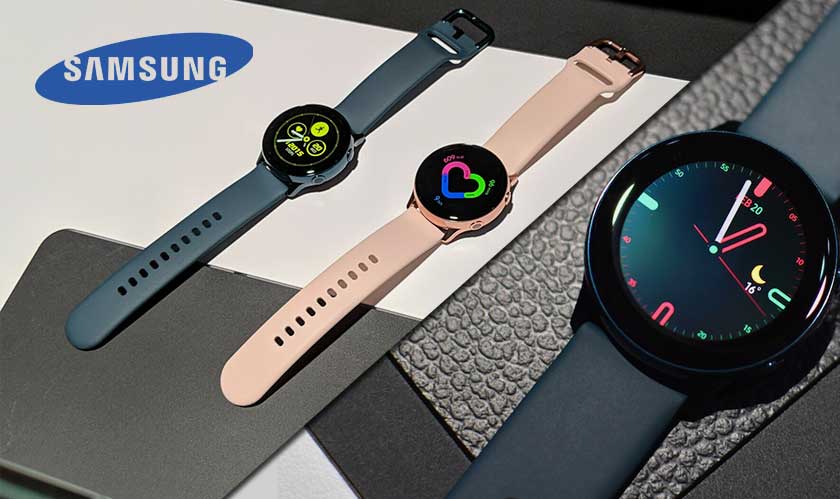 Samsung announced a new Galaxy Watch Active at its Unpacked 2019 event that happened recently. The new smartwatch, however, is definitely not trying to top the Galaxy Watch. The new wearable takes much of the most liked features in the Galaxy Watch and additionally brings in a bit of a sporty edge – by deciding to exclude a rotating bezel.

The slim and unnaturally light Watch Active becomes the latest watch running Samsung’s proprietary Tizen software. The watch’s major shortcoming is the absence of a rotating bezel, meaning, the most intuitive way to navigate around has been dropped. Instead, it relies on its touchscreen and two side buttons for navigation.

But, the good news is that it is fast – faster than the ones running the newest Qualcomm processors, said the reviewers who were awarded a chance to try out the new watch, at the launch event.  The watch sports a 1.1-inch 360 x 360 resolution display and a single 40mm body size. Also, point to note is that the Watch Active doesn’t look as high-end as the Galaxy Watch.

Nevertheless, the watch is IP68 water resistant and comes with a heart rate monitor which is also capable of measuring your stress levels. It even recommends breathing exercises for you when it notices your heart rate peaks. Like many other IoT products – particularly smartwatches – Watch Active features a blood pressure monitor to keep track of your blood pressure via a service called My BP Lab.

A 230mAh battery and a dual-core Samsung Exynos 9110 with 768MB of RAM are the other major specs to note. Finally, Watch Active supports standard Qi wireless charging, and Samsung is including a free charging pad with preorders of the device. With that said, Watch Active is open for preorder at $199.99 before Friday, March 8th.