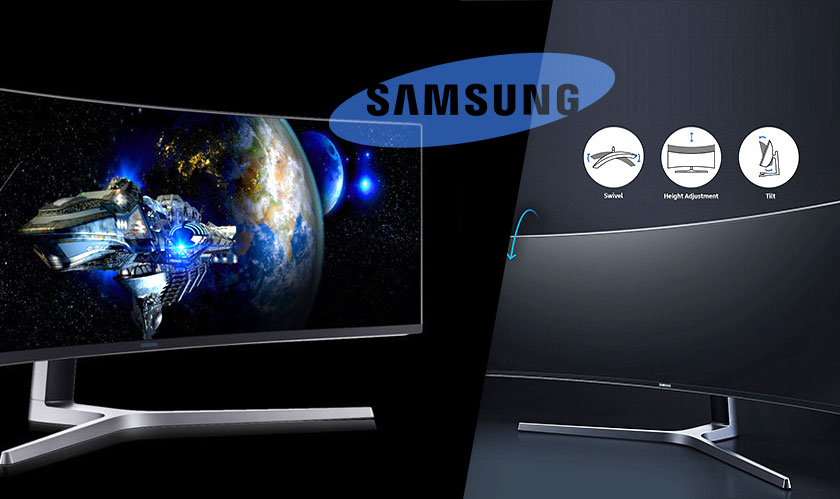 We’ve all experienced times when we’ve used the two-monitor setup for quite a while now. Although this works quite well, we’ve come into the new IoT generation of really wide monitors. However, sometimes, these ultra-wide monitors weren’t wide enough, depending upon the usage. But, not anymore. Samsung has launched a super-ultra-wide monitor that can simply blow your mind away!

Samsung had previously announced the ultra-wide monitor back at CES. However, the one that it has launched is smaller when compared to the ones announced. This is because of two main reasons: the first announced monitor was 3840 X 1080, but since there was a demand for more vertical pixels, it was scrapped. Next, the monitors were designed as 49 inches. But the problem was that the pixels would be spread out far, presenting a picture without the required sharp edges.

Hence, the monitor gadget that Samsung rolled out adds an extra 120 pixels and has also increased the vertical of the monitor to 1200, making it a total of 3840 X 1200. All in all, the monitor now comes to 43 inches diagonally from corner to corner, making it the perfect monitor (especially for those using two monitors now!). Samsung has also introduced “picture-by-picture” mode along with other features in its ultra-wide monitor.