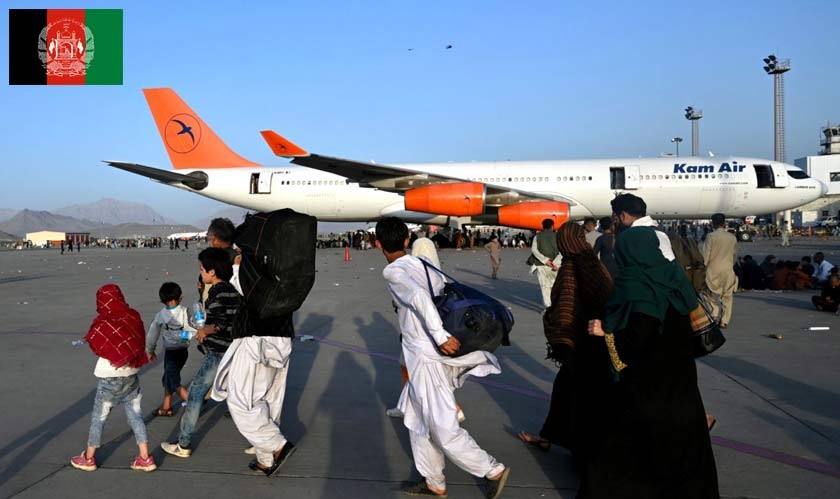 The unprecedented collapse of the Ashraf Ghani government was absolutely baffling. It sent shock waves across the world. What’s more concerning is why a good number of Afghans are trying to flee the country. Let me talk about what occurred at the Kabul airport yesterday: A huge crowd attempted to escape the country, clinging to a US aircraft. As a result, two civilians died, falling from the sky out of the aircraft.

It’s evident that these civilians are trying to bypass the Taliban brutality. However, by watching the videos, it seems that the people, who are seen running at the airport, are attempting to escape poverty, rather than Talibs yielding machine guns. Simply put, the Taliban presence in Afghanistan is inversely proportional to FDI inflows—that clearly hints at how the country will go down economically in the near future. These fleeing civilians can visualize what the future holds for them under the Taliban rule. In a nutshell, Afghanistan, at the moment, reminds me of those Hollywood movies where innocent civilians are taken hostage at gunpoint for days, and not released until the ransom arrives. However, in this case, the Taliban is not looking for any ransom, but to dictate their terms.

Back to my point, one of the primary factors responsible for pushing Afghans to migrate is poverty. It’s apparent that the Taliban will block all the economic activities the Ghani government was involved in. Fearing this, Afghans attempt to flee. With the ‘whatever it takes’ attitude, the people of Afghanistan try to find a way to shun what the Taliban has to offer.

To sum it up, the world leaders have to find a way to build a diplomatic channel with the Taliban as the future of Afghanistan hangs in balance.