â€œLet's travel and tour the space next year,â€ Jeff Bezos

â€œLet's travel and tour the space next year,â€ Jeff Bezos 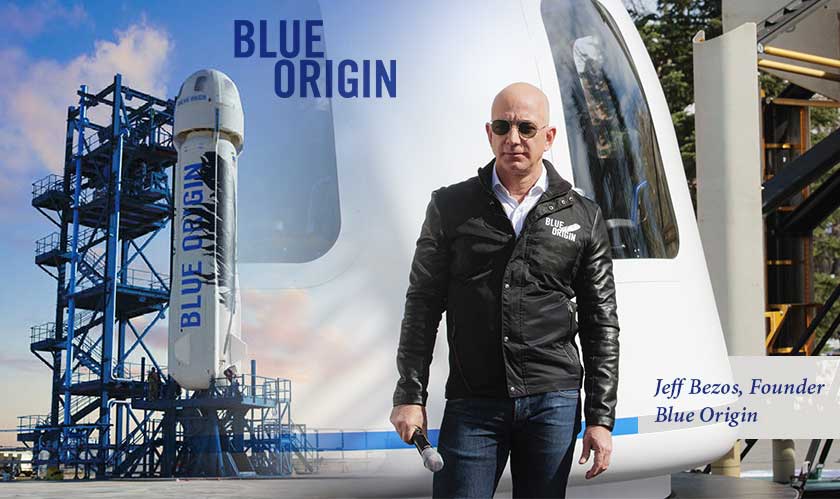 Did you know that Jeff Bezos, the CEO of Amazon, also runs a rocket company called Blue Origin? We know that Amazon sells everything from A to Z, but things are about to get interesting as Bezos is planning for something out of the ordinary for the coming year.  He’s thinking of sending people to space as a tourist destination.

Speaking about his rocket company, Bezos says that it’s the “most important thing I’m working on” as his “tourist mission” is focused on sending people into space. He is all set to get this mission into action as early as next year. “I’m hopeful that that will happen in 2019,” he said at a conference recently. “I was hopeful it would happen in 2018. I keep telling the team it’s not a race. I want this to be the safest space vehicle in the history of space vehicles.”

The new Shepard rocket from Blue Origin is designed to hold six people or ‘paying astronauts.’ Although he didn’t say how much it will cost, the capsule-style designed ship will take anyone who’s ready to shell out cash to zoom into space. It’s a round-trip, of course!

“They’ll have a day or two of training.”

Traveling to space isn’t like a spontaneous trip to Vegas. But Bezos assures that training for a day or two should be enough. “I’m pushing for a day. I don’t think you need two days of training for this,” he said, clearly describing how ambitious his goals are.

While Blue Origin is gearing up for space tourism, it is also gearing up for new defense contracts with the U.S. government. New rockets, satellites, and more are being developed by Blue Origin, despite the severe backlash from employees.

“If big tech companies are going to turn their back on the U.S. Department of Defense, this country is going to be in trouble. I know everybody is very conflicted about the current politics in this country,” he said. It looks like Bezos is ready to do anything for his beloved country.

“This country is a gem. It is amazing. It’s the best place in the world. It’s the place where people want to come. There aren’t other countries where everybody’s trying to get in. I’d let ‘em in if it were up to me. I like ‘em. I want all of them,” the CEO said.

Blue Origin is surely a big player in the space industry right now, alongside Elon Musk’s SpaceX. On one side we have Bezos sending tourists to space next year, and the other side we have Musk hoping to send a man to the moon by 2023. Let’s see who wins this race, even though it isn’t one!