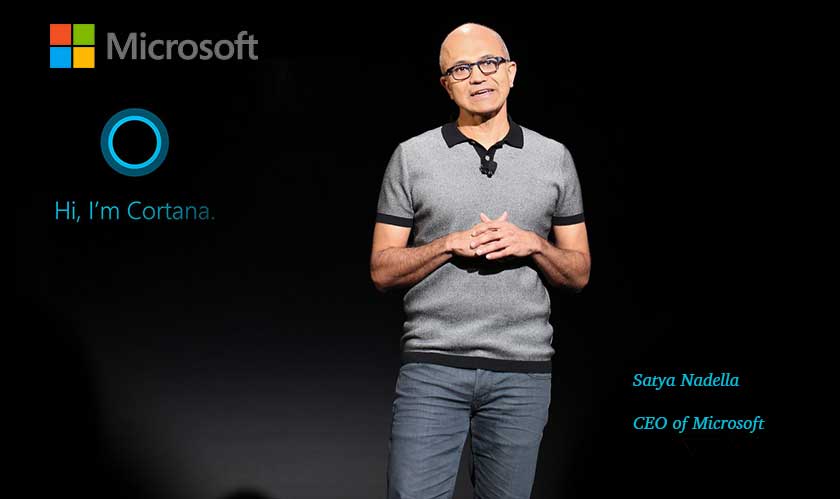 With the truckload of updates we get about Alexa and Google Assistant, it’s pretty obvious to feel that Cortana is lagging behind over the past year. But Microsoft isn’t sitting idle to the competition. CEO Satya Nadella said at a media event that his organization no longer sees Alexa or Assistant as a competitor to Cortana.

It’s becoming evident that the CEO sees Cortana as an app or a service that will seamlessly function and integrate across a wide range of platforms. Previously Microsoft had already partnered with Amazon for Alexa integration with Cortana. You also have Alexa on Skype and Xbox One now. “[Cortana is] a valuable skill that somebody who is using Alexa can call,” Nadella had said. The company is also determined to insist Google that Assistant and Cortana integration will be promising for the future.

Microsoft is confident that there’s no competition with other voice assistants, instead, the company believes that there’s a challenge in developing unique hardware and software to compete. This could be exactly why there aren’t many Cortana speakers out there. But it would surely be nice to have Cortana integration on other hardware like Surface Headphones.

While announcing Alexa integration with Cortana, Nadella had vouched for better integration of voice assistants by comparing them to web browsers that can be accessed and interoperate similar information. With the same idea in mind, Microsoft is pushing Cortana not as a hardware-device for consumers, but more of a service app.

When Cortana’s chief exited the company, Microsoft suffered a difficult year, resulting in rather fewer upgrades and developments. But, towards the end of 2018, Cortana was moved out of AI research division and shifted to Experiences and Devices section. The move was channeled to focus Cortana on being an assistant on multiple platforms. Certainly, the idea has no competition there!