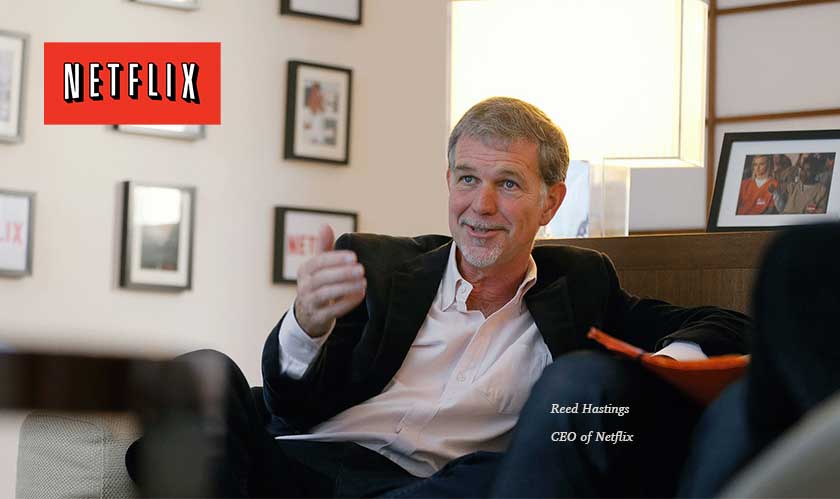 It’s quite clear by now that Apple is all set to launch its new video streaming service in an event on March 25th with third-party collaboration from HBO, Starz, and others. Apple will be launching a video hub with subscriptions- similar to what Amazon is doing. But Netflix is keeping its distance from Apple and its new streaming service says the CEO- Reed Hastings.

“Apple is a great company,” Hastings said. But Netflix will still not venture out into other apps and wishes to control the user experience within its own app. “We want to have people watch our shows on our services. We have chosen not to integrate into their services,” he says. After all, Netflix has been steadily distancing itself from Apple over the past couple of years- ever since Apple brought out its plans to start its own video subscription service. Back in 2016 when Apple launched the TV app, Netflix never signed up for it.

Apple entering into the streaming business is going to spike up the competition level. It’s obvious that Amazon and Apple have lot more money to spend and Netflix will compete against them with “great difficulty,” Hastings said. With Amazon, the competition has been there for nearly 15 years now. “You do your best job when you have great competitors,” he said. Hastings also agreed that it’s been difficult for Netflix with the increase in competition. “It is definitely getting more expensive to source content,” he added.

When asked to comment about the increasing regulations hitting tech companies, Hastings surprised everyone citing that Netflix isn’t really a tech company. He said, “We are really mostly a content company powered by tech.” To prove his point, he added that Netflix was pouring its resources and finance substantially more on content than on its technology.

It’s established that the competition is spiking and spreading out globally. If Netflix were to enter the Chinese market, what would happen? The CEO had a frank and prompt answer for that: “We will be blocked in China for a long time.” There was one point of time when Netflix had hoped to enter the Chinese market joining forces with a local partner. However, Hastings pointed out how many Western tech companies and services are being forced to shut down in China. That includes Apple iTunes Movies store as well and Netflix might just be smart to keep away.