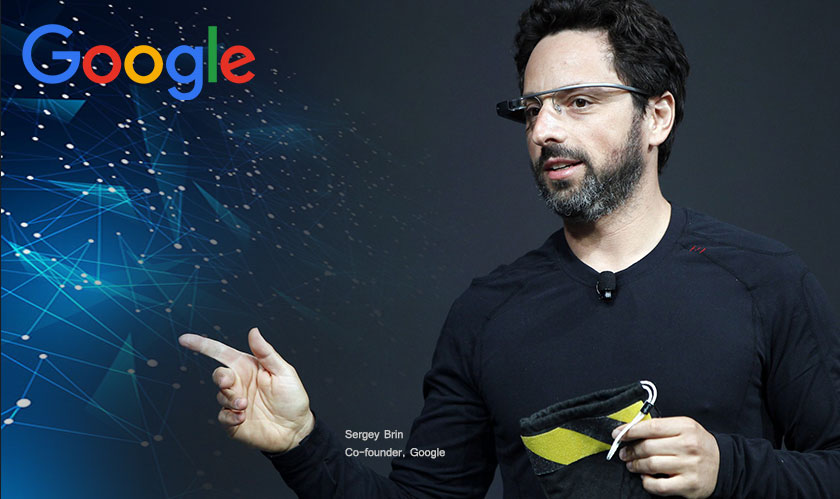 Sergey Brin, Co-founder of Google and Alphabet president has conceded that Google missed out on adopting the technology of Blockchain.

“We probably already failed to be on the bleeding edge, I'll be honest,” he said expressing regret over Google missing out on the early days of blockchain. But later he added that the technology is definitely under works at Alphabet’s semi-secret subsidiary Google X. The technology is supposed to be one of the main focal points of the secret research division Google X. Brin further said that he didn’t know much about cryptocurrency.

“A year or two ago my son insisted that we needed to get a gaming PC,” Brin said. "I told him If we get a gaming PC we have to mine cryptocurrency. So we got an ethereum miner on there and we’ve been making a few pennies and dollars since." He revealed that his interest piqued when he started mining Ethereum along with his son as a father-son pact before buying a gaming PC.

The blockchain revolution is believed to have a great future and can be a great disruptor in the banking and IT industry. Google, Facebook, and Apple have long monopolized the game in the industry and blockchain has the power to change this. Recently, Binance, world’s busiest cryptocurrency exchange claimed that it may generate a net profit of a billion dollars in 2018. The company was founded only last year. Such is the power of cryptocurrency.

Alphabet President said, “I’ve tried to go through the maths myself and I haven’t quite made it through. It’s really mindboggling.” Sergey himself tried to work out the maths behind the workings of blockchain but he found it startlingly difficult. He also finds it difficult to comprehend that cryptocurrency is so widespread across the internet. He went on explaining that Bitcoin is the proof of this. He is amazed that mathematical algorithms have such basis in blockchain that it could turn itself into a global network which people take seriously.

Google most famously is known for imposing its ban on cryptocurrency advertisements on its portal. But going by what Mr.Brin has revealed perhaps Google has changed its stance considering the huge potential blockchain has. Google is perhaps even plotting its entry into the blockchain space. Google has been at the top of the world for almost two decades sitting on a wealth of information. One can only imagine what they can do if they entered the world of blockchain with control over so much data.