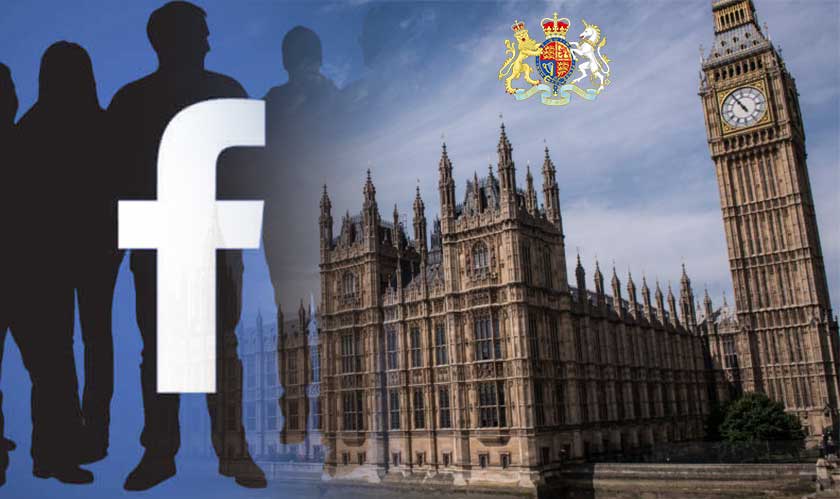 The UK government believes that Facebook shouldn’t be allowed to govern itself and it’s time for the government to step in. After nearly 18 months of investigation into Facebook, the DCMS (Digital, Culture, Media and Sport) select committee of the UK Parliament has released a report about the privacy policies and how it’s harming Democracy.

The Parliamentarians have voiced out for the removal of harmful and illegal content on the platform and also be held liable. The MPs (Members of Parliament) wish to bring forth the compulsory code of ethics, something that’s a hot topic in the US as well. Damian Collins, the lead investigator and the chair at DCMS said, “Our inquiry over the last year has identified three big threats to our society. The challenge for the year ahead is to start to fix them; we cannot delay any longer.”

“Democracy is at risk…”

The UK government held parliamentary inquiries continuously and recommended stringent measures along with Facebook being part of Compulsory Code of Ethics, overseen by an independent regulator. In case Facebook refused to remove unlawful content, the regulator should have the powers to take legal action, the MPs advocated.

Moreover, the committee was particularly critical of CEO, Mark Zuckerberg, who refused public requests to answer the member’s questions. “Even if Mark Zuckerberg doesn’t believe he is accountable to the UK Parliament, he is to the billions of Facebook users across the world. Mark Zuckerberg continually fails to show the levels of leadership and personal responsibility that should be expected from someone who sits at the top of one of the world’s biggest companies,” the committee reported.

Facebook hasn’t commented on the committee’s reports. The company is busy dealing with the multi-million dollar fine with the FTC regarding the Cambridge Analytica scandal. Collins further said: “Democracy is at risk from the malicious and relentless targeting of citizens with disinformation and personalized ‘dark adverts’ from unidentifiable sources, delivered through the major social media platforms we use every day.”