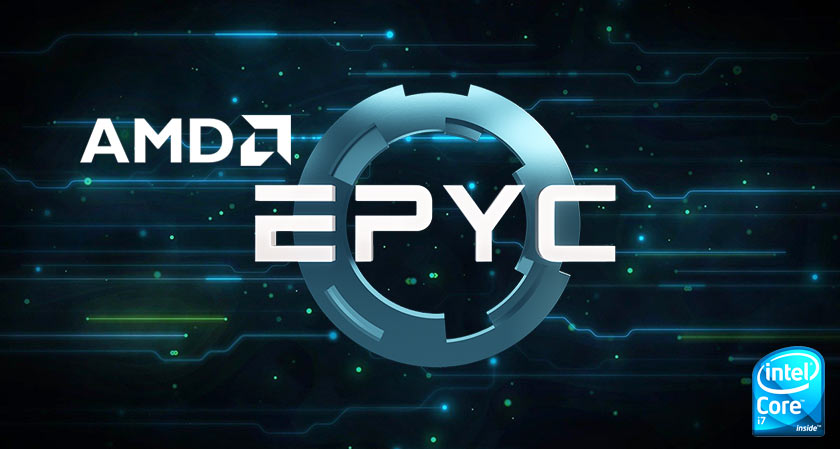 We all know that Intel controls the market when it comes to producing chips.  It controls 99% for x86 chips which are used by companies and big data centers to run their data, storing, sending and receiving mails and more. But now, its monopoly is going to be shaken. AMD will be a brand new competitor for Intel with its EPYC server chips.

The EPYC 7251 server chips offers 8 core supporting 16 simultaneous threads. The base frequency is of 2.1GHz which tops out at 2.9GHz at a maximum boost. Whereas, the EPYC 7601 boasts of 32 cores, 64 threads and a base frequency of 2.2GHz with maximum boost at 3.2GHz. It gets better! All the processors offer eight memory channels with 2TB of memory and 128 PCle lanes. To top it off, the chip is a single socket chip, which can be paired with another EPYC chip in a two-socket system.

AMD has launched EPYC server processor with hopes that it’ll loosen Intel’s stronghold in chip manufacturing. Many are considering that the EPYC server chips will be successful, based on its specs, memory features and performance benchmarks. It can even support voices from software and hardware makers in the data center ecosystem.

Dan Bounds who is the senior director of data center products and enterprise solutions at AMD said that if AMD had to make a mark in the market, then it needs to be disruptive. “For AMD to penetrate into the market, win hearts and minds, to create value that customers are willing to pay for, we have to be disruptive. To come in and have a product that looks and smells like competition really isn’t useful.”