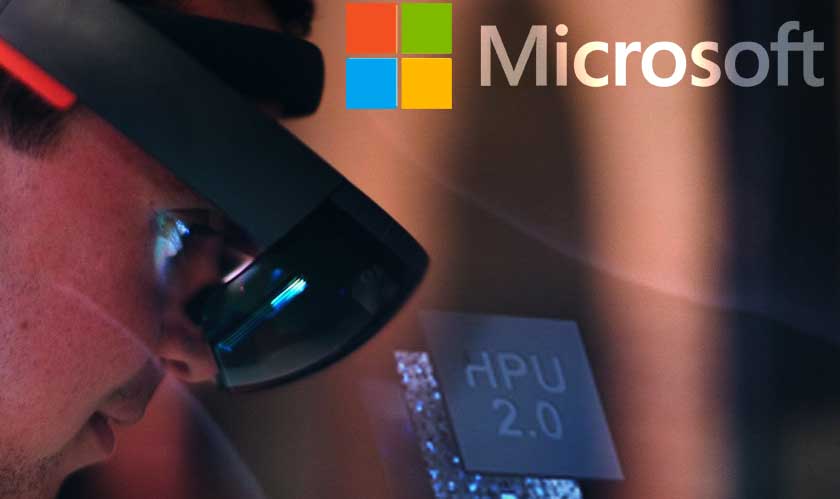 HoloLens was the talk to talk in all of techville when it released because of the whole hologram experience. The product was more refined and capable than anybody pegged it to be. While the world is still trying to cope with all the applications it has, Microsoft is already forging ahead with the next generation HoloLens.

While the previous HoloLens brought a lot to the market, there was one thing that eluded Enterprises, the ability to do some AI processing at the edge. So Microsoft is pulling out that stop in the next gen HoloLens, which will have a dedicated AI processor of its own. Microsoft announced in a blog post that the next version of its HoloLens VR headset with its own AI processing capabilities to enable more features and services.

Microsoft said that it is customizing the present processor within the device with an AI coprocessor that will allow HoloLens to analyze data on the edge, which in essence means ‘without needing to use the cloud’. This opens a lot of doors. First and foremost, this increases the processing speed, secondly, it gives the device more mobility, since it doesn’t need to stay connected to the internet. And lastly it decreases the overall power consumption of the device since it won’t be using the cloud all the time.

The thing is, Microsoft is building the new chip on their own. It said that it is doing so because “nobody else was smart enough,” to build it for them. Microsoft also believes that since they know the device better than anybody, they could be the only ones to unlock future uses and services for both augmented reality and mixed reality.

“The AI coprocessor is designed to work in the next version of HoloLens, running continuously, off the HoloLens battery. This is just one example of the new capabilities we are developing for HoloLens, and is the kind of thing you can do when you have the willingness and capacity to invest for the long term, as Microsoft has done throughout its history,” said Marc Pollefeys. “And this is the kind of thinking you need if you’re going to develop mixed reality devices that are themselves intelligent. Mixed reality and artificial intelligence represent the future of computing, and we’re excited to be advancing this frontier.”