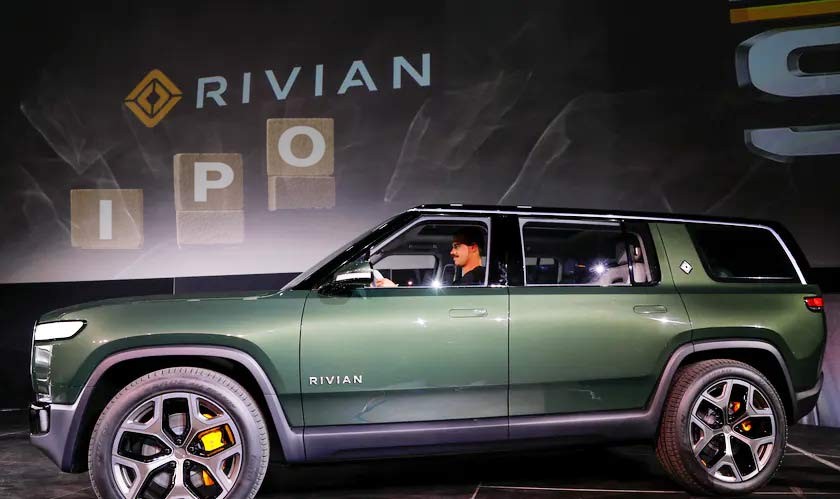 EV makers Rivian Automotive Inc. seeks to raise $8.4 billion in its initial public offering and reach a market valuation of around $53 billion.

According to its regulatory filing, the American electric vehicle (EV) startup looks to raise almost $8.4 billion in its initial public offering. The Amazon-backed company said that it plans to offer 135 million shares between $57 and $62. The filling also includes an option for underwriters to purchase up to 20.25 million additional shares. Rivian could raise as much as $9.6 billion if the underwriters were to exercise that option.

Solely based on the number of remaining shares, Rivian’s market valuation is expected to be about $53 billion. If employee stock options and other restricted shares are considered, The EV maker’s valuation could be as high as $60 billion.

According to data from Dealogic, there have been only three other companies that have raised more than $8 billion while going public since 2011. These companies are Alibaba, Meta platforms (formerly Facebook), and Uber.

Rivian was founded in 2009 as Mainstream Motors by R. J. Scaringe. The company changed its name to Rivian in 2011. The EV startup is yet to sell any significant volume of its electric vans or trucks. Amazon, which had a 20% stake in Rivian at the end of October, ordered 100,000 of its electric delivery vans due to its efforts to cut carbon footprint.